Chinese airlines are expected to buy 7,690 planes worth 1.2 trillion U.S. dollars over the next two decades to meet the burgeoning travel demands, Boeing said on Tuesday.

In its latest outlook from the current year to 2037, the U.S. aviation giant raised its forecast for sales of new planes to China by 6.2 percent, compared with its previous prediction of 7,240 planes until 2036 made last year.

"The growth in China can be attributed to the country's growing middle class, which has more than tripled in the last 10 years and is expected to double again in the next 10," said Randy Tinseth, Boeing Commercial Airplanes' vice president of marketing, in a statement. 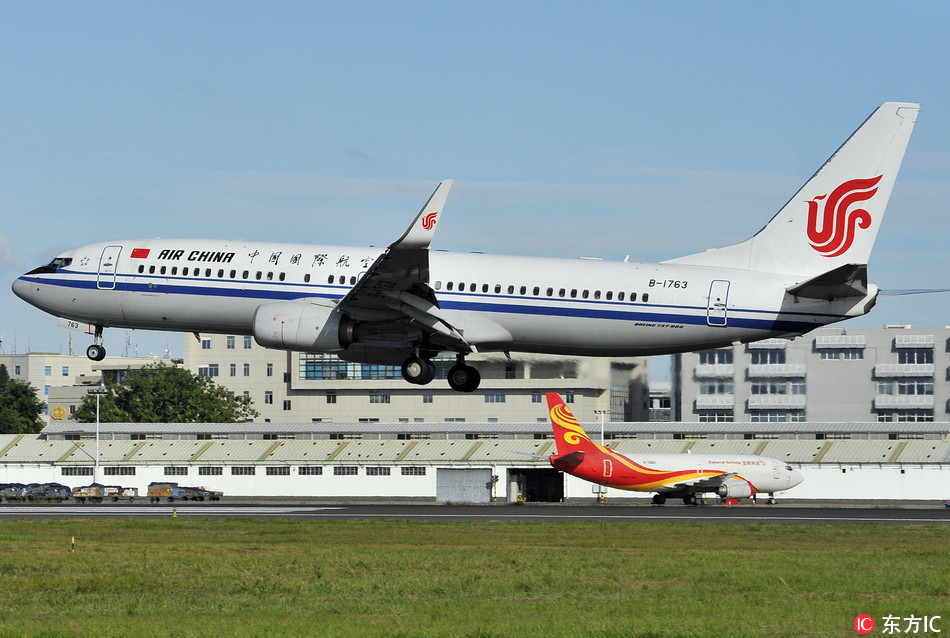 Boeing also predicted that China will account for 18 percent of the global commercial airplane fleet market by 2037- the number is 15 percent currently.

It's also forecasted that China will need commercial services of over 1.5 trillion dollars to support its fleet.

Among the total 7,690 planes, three quarters are likely to be single-aisle aircraft. The number of air freight is also expected to rise thanks to China's booming e-commerce business, it added.

China is the world's fastest growing aviation market. Boeing and its European rival Airbus are both increasing market share by opening assembly plants in the country.