TOKYO, July 30 (Xinhua) -- The Bank of Japan (BOJ) on Tuesday opted to maintain its ultra-low interest rates to support the economy amid an uncertain global outlook and ahead of a planned consumption tax hike from 8 to 10 percent in October, as inflation remains well below the bank's 2-percent target. 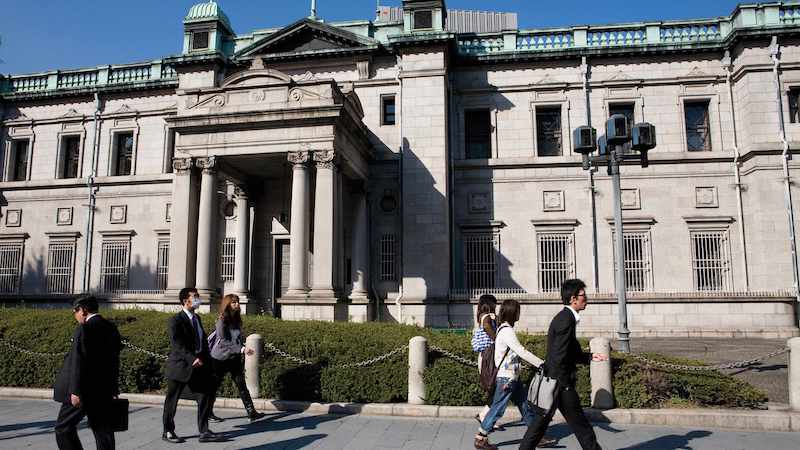 The central bank's Policy Board at the conclusion of a two-day meeting decided in a 7-2 vote that the continuation of a short-term policy rate of minus 0.1 percent would be kept as is, and long-term yields maintained at close to zero percent.

The BOJ "will not hesitate to take additional easing measures if there is a chance that the momentum toward achieving its 2 percent inflation target will be lost," the central bank said in a statement issued after the two-day meeting ended Tuesday.

The central bank also voted to continue to increase its holdings of government bonds at an annual pace of around 80 trillion yen (735.75 billion U.S. dollars) with the board also deciding to leave unchanged its purchases of exchange-traded funds (ETF's) and other assets.

At the conclusion of the two-day policy-setting meeting, however, the BOJ did downgrade its forecast for inflation and its growth projection for the next several years.

The central bank said it expects the inflation rate to stand at 1.3 percent in fiscal 2020, lowering its projection from 1.4 percent. In terms of fiscal 2021, the bank maintained its inflation forecast of 1.6 percent, it said.

The BOJ said it now expects Japan's core consumer price index to increase 1.0 percent in the year through next March, in a downwardly revised assessment from its projection made in April for a 1.1 percent increase.

As for economic growth, the BOJ said that Japan's real gross domestic product will increase 0.7 percent in fiscal 2019, which is a downgrade from its earlier projection of 0.8 percent growth.

For fiscal 2021, the bank also lowered its growth forecast to an expansion of 1.1 percent compared to its previous forecast of growth of 1.2 percent.

The central bank did, however, maintain its forecast of economic growth for fiscal 2020 at a 0.9 percent increase.

The downgrades may be an indication that along with other major central banks such as the United States Federal Reserve and the European Central Bank, the BOJ may be gearing up in the coming months to launch additional easing measures to support growth amid domestic and global economic headwinds.

These headwinds are in the form of international trade issues and uncertain global outlook, as well as a looming consumption tax hike here in October from 8 to 10 percent that will see domestic demand and business spending wane, with possible recessionary results, as has been the case with previous tax hikes here.

Economists believe that if the Fed goes ahead with its rate cut as is widely expected to be the case on Wednesday, the pressure will mount on the BOJ to unleash additional easing measures as the yen is likely to rise significantly against the U.S. dollar, which would harm the nation's key export sector.