Bank of Japan Governor Haruhiko Kuroda said on Saturday that inflation had recently been weak despite a steady economic expansion, signaling the bank’s readiness to maintain its massive stimulus program. 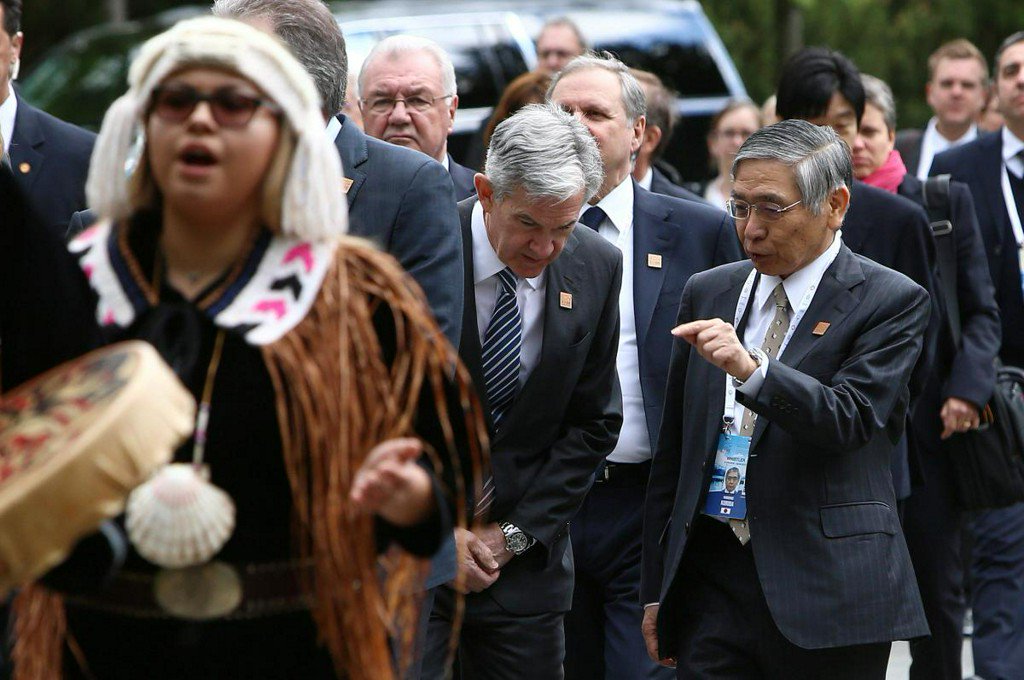 Governor of the Bank of Japan Haruhiko Kuroda (R) speaks with Chair of the Federal Reserve Jerome Powell while arriving at the welcome reception dinner during the G7 Finance Ministers Summit in Whistler, British Columbia, Canada, May 31, 2018. (Photo: Reuters)

Kuroda also voiced concern over the damage escalating trade frictions could inflict on global growth, but repeated his view that the world’s third-largest economy was on track for a moderate expansion.

“While there are some uncertainties on the global outlook, such as the impact of recent protectionist trade policies, they have yet to affect Japan’s economy,” Kuroda told reporters after a Group of Seven finance leaders’ gathering.

“Inflation, on the other hand, has recently shown some weaknesses,” Kuroda said, an acknowledgement that inflation remains slow in picking up despite the BOJ’s heavy money printing.

He blamed the weakness on temporary factors, such as past yen gains that slashed import costs, and stressed that the economy was sustaining momentum to meet the BOJ’s price goal.

It was the first time Kuroda has commented on recent inflation data, which underscored a dominant market view the BOJ’s price forecasts were too optimistic.

Japan’s core consumer prices rose 0.7 percent in April from a year earlier, slowing for the second straight month and staying distant from the BOJ’s 2 percent target.

Core consumer inflation for Tokyo, a leading indicator of nationwide trends, hit 0.5 percent in May, a sign the economy was lacking momentum to drive up prices to the BOJ’s goal.

The three-day G7 meeting ended with little in the way of concrete solutions, although finance leaders of the closest US allies vented anger over the Trump administration’s metal import tariffs.

At the same news conference, Japanese Finance Minister Taro Aso criticized the US tariffs, saying the move gave the G7 less clout in calling on China to open up markets and abide by World Trade Organization rules.

“I’ve been to these meetings for a long time. But this is a very rare case where opposition against the United States was unanimous.”