Bolivar devalued as Venezuelan recovery program shifts up a gear 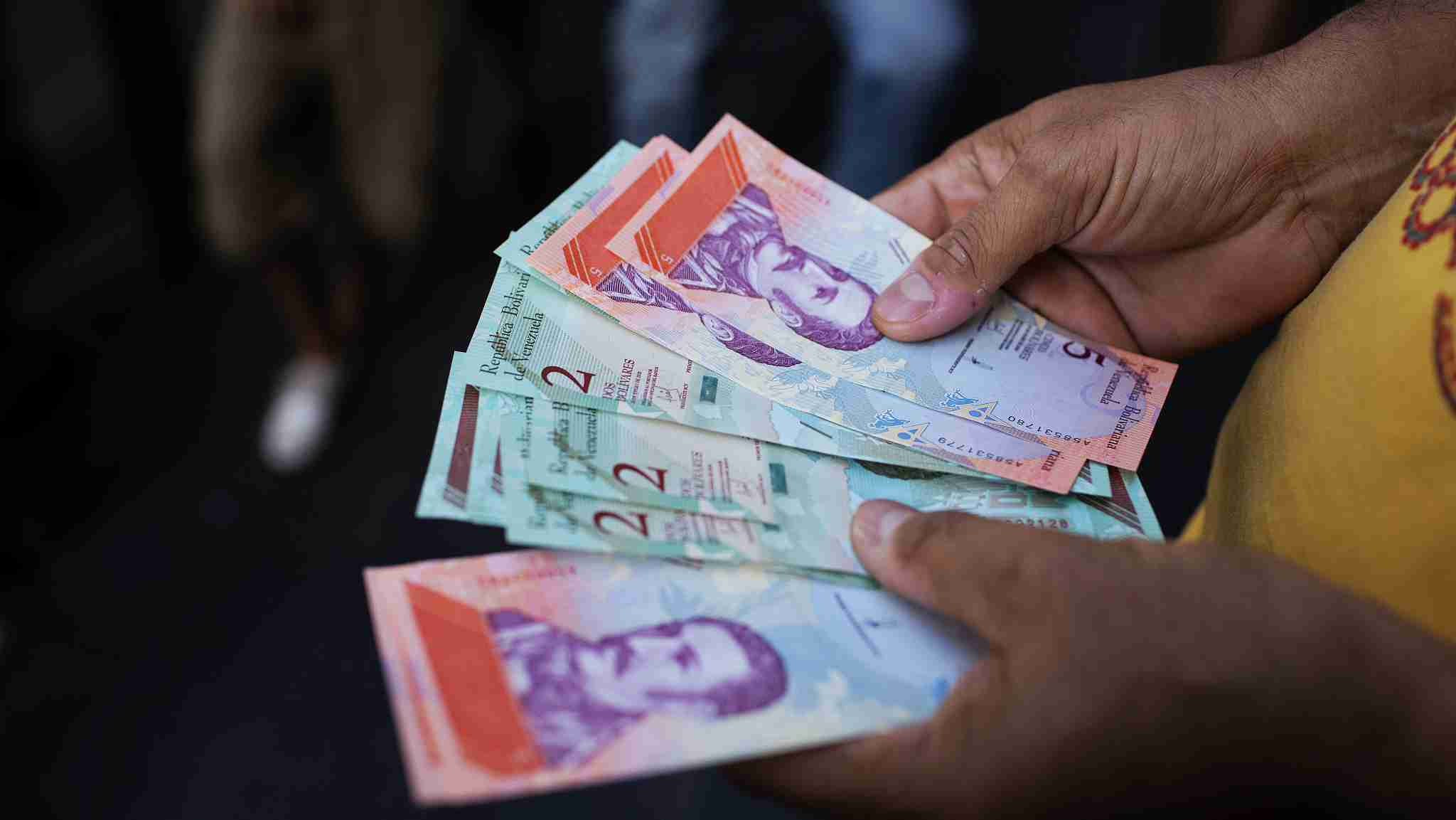 Venezuela's government devalued its bolivar currency by 96 percent on Tuesday under a new exchange rate announced by the central bank.

"This information will be updated daily and will be available via the web page, letting the Venezuelan people, as well as the financial and business sectors, know the official value of the sovereign bolivar," which is pegged to the petro, Ortega Sanchez said.

The BCV will also publish the value of the petro and its equivalent in euros, yuan, ruble and the US dollar.

The announcement comes a day after new banknotes,  stripped of five zeroes, entered circulation as part of a plan by President Nicolas Maduro to curb hyperinflation.

From early morning, long lines formed at ATMs that dispensed the new bills, though withdrawals were limited to 10 bolivars each.

"The banks are working and giving cash. I've been able to make transfers and payments, and everything is normal," Cesar Aguirre, a 38-year-old accountant, told AFP after withdrawing money.

However, some shoppers voiced fears of rising prices. "I was able to use my debit card, but everything is still expensive. Everything has increased, I bought a sandwich in Petare and it cost two million" of the old bolivars, said housewife Carmen Maldonado.

President Maduro, elected for another six-year term in May elections, has fixed the currency to the country's cryptocurrency, the petro, which is in turn linked to the price of a barrel of Venezuelan oil.

In central Caracas, hundreds of people marched to the presidential palace in support of the head of state, who was later expected to participate in the march, marking his first public appearance since he survived an alleged assassination attempt at a military parade on August 4.

The new currency is part of an economic plan unveiled last week by Maduro that also includes a 3,400 percent increase in the minimum wage and a hike in gasoline taxes, which for years have been the world's cheapest.

The value-added tax, or VAT, is also climbing from 12 percent to 16 percent.