Special bond issuances in the domestic and overseas markets are set to further bolster the development of the Guangdong-Hong Kong-Macao Greater Bay Area, experts said. 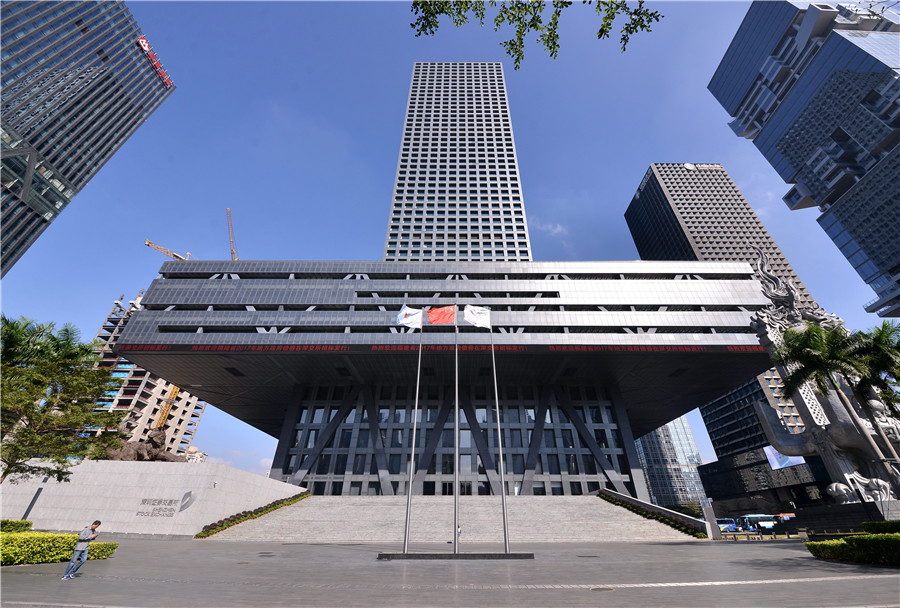 The bond market has already played a significant role in the area's infrastructure construction. Guangdong has already issued government bonds worth 50 billion yuan ($7 billion) to support over 500 projects.

Guangdong Holdings Ltd in September successfully issued a 600-million-yuan bond to raise funds for setting up an industrial zone for innovative technologies in Dongguan.

Shenzhen Investment Holding Co Ltd launched a special corporate bond in May, marking the official launch of the first Greater Bay Area corporate bond. Funds raised by the 1 billion yuan bond will be used for construction of the Shenzhen area in the Shenzhen-Hong Kong Special Cooperation Zone for Technological Innovation, a project that focuses on cross-border cooperation in biological medicine, artificial intelligence, financial technology and smart cities.

In the same month, Guangdong issued the nation's first batch of Greater Bay Area government bonds. The 17.5 billion yuan bond is being used to acquire land reserves and infrastructure for interconnection constructions in Foshan, Jiangmen, Huizhou, Zhaoqing and Zhongshan of Guangdong province.

"Development of the Greater Bay Area should be a key priority when making government bond plans," said Cao Jiajia, deputy director of the government debt management office of the budget department at the Ministry of Finance.

"We will support local bond issuances and encourage Guangdong to attract middle-and long-term investors with more innovative products," he said.

He said the central authorities are exploring the possibility of allowing Guangdong and Shenzhen to issue GBA-related government bonds abroad, so as to attract more foreign investors for the zone's development.

But he said the bond quota is allocated according to different regions' debt risks. As the southern province has strong financial resilience and controllable risks, it is one of the main supported regions.

He made the remarks at the ASEAN+3 Bond Market Forum in Shenzhen last week, jointly held by Shenzhen Stock Exchange and the Asian Development Bank. It was the first time that a Chinese bourse had held a meeting of leading financial organizations of ASEAN countries, China, Japan and South Korea.

Located in the middle of the Bay Area, the Shenzhen bourse has paid extra attention to supporting GBA's growth by leveraging funding channels, among which the bond market is a key one.

Tan Yonghui, director of the fixed income department at the exchange, said the Shenzhen bourse will launch more special bonds to support the area's development in the future.

In line with the area's goal to become an innovation and technology hub, the exchange is actively exploring innovative practices, such as intellectual property securitization products.

Tan said the Guangzhou Development Zone issued a Patent License Asset-Backed Security in September and the underlying assets are patented technology and innovations of 11 technological small-and medium-sized enterprises in the zone.

Such products aim to meet the financing demands of the scientific and technological enterprises with asset-light operations, as well as improve the Bay Area's business environment for entrepreneurship.

As the area is also regarded as a vanguard in economic cooperation with Southeast and Southern Asia, its bond products are expected to provide more accessibility to these regions and countries.

The Shenzhen bourse has also teamed up with nine ASEAN countries and regions for cross-border information services, market connects and technology cooperation.

The Qianhai Shenzhen-Hong Kong Modern Service Industry Cooperation Zone intends to team up with the Shenzhen bourse to launch more innovative products in the ASEAN bond market, according to Wen Ping, assistant director of the Qianhai authority.

Wen said Qianhai has started to encourage qualified companies in the zone to issue bonds by offering a subsidy of 1 percent of the funding scale and twice the ratio for green bonds.