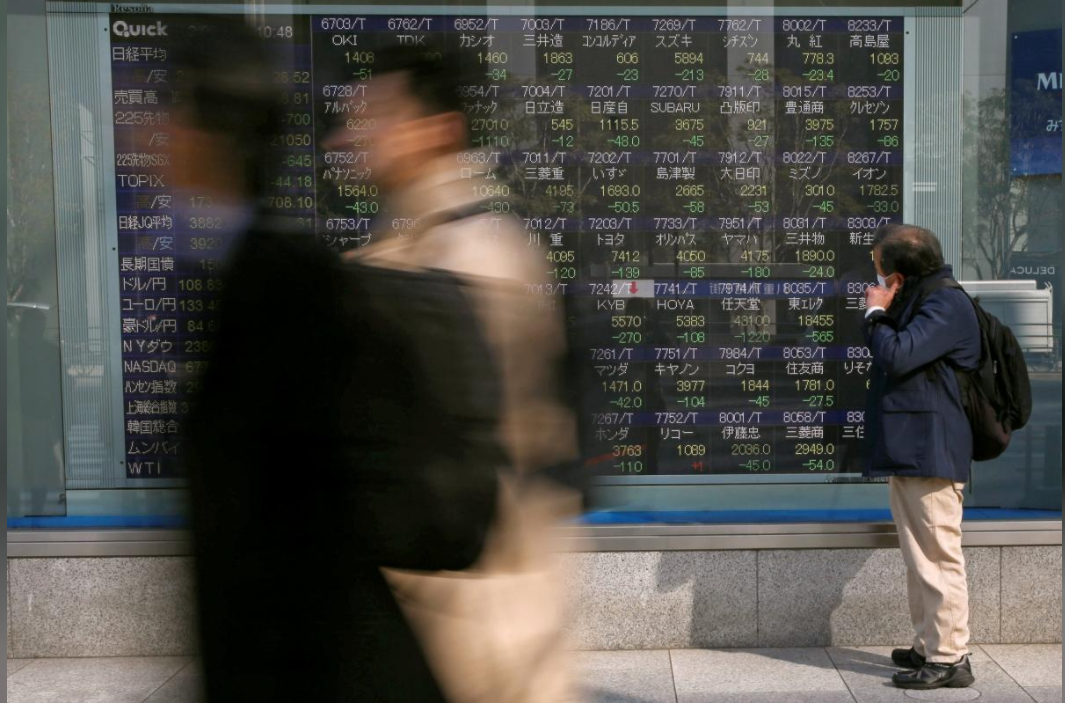 A man looks at an electronic stock quotation board outside a brokerage in Tokyo, Japan February 9, 2018. Photo: Reuters/Toru Hanai

US debt prices fell on Wednesday after a spike in US consumer prices in January raised expectations the Federal Reserve may quicken the pace of interest rate hikes, while global stocks rose as investors took a longer view of inflation.

The US dollar surrendered gains against a basket of major world currencies .DXY after the Labor Department said its Consumer Price Index increased 0.5 percent. Gold rebounded from losses as stock markets swung higher and the dollar swooned.

Shares in Europe gained more than 1 percent while a gauge of global equity activity rose almost as much. Stocks on Wall Street opened lower but steadily climbed back after the initial shock of the big jump in monthly inflation was digested.

Joseph LaVorgna, chief economist for the Americas at French bank Natixis in New York, said inflation had to be put in context. The year-over-year rate on core inflation at 1.8 percent was still below the Fed’s target of 2 percent, he said.

Excluding the volatile food and energy components, the CPI shot up 0.3 percent in January.

“The market is doing exactly what the market does, it shoots first and asks questions later,” Orlando said, adding investors are likely to remain jittery until the first Fed policy-setting meeting in March under new Chair Jerome Powell.

“There ought to be some chop to it as we’re trying to figure out what’s going on in the economy and how might the Fed adjust monetary policy under a new leadership team given the backdrop of macroeconomic data,” Orlando said.

German government bond yields hit their highest in more than two years and European stocks fell briefly after release of the US inflation data.

The yield on Germany’s 10-year government bond DE10YT=TWEB, the benchmark for the region, reversed earlier declines and rose around 3 basis points to 0.774 percent - its highest level since September 2015, according to Tradeweb data.