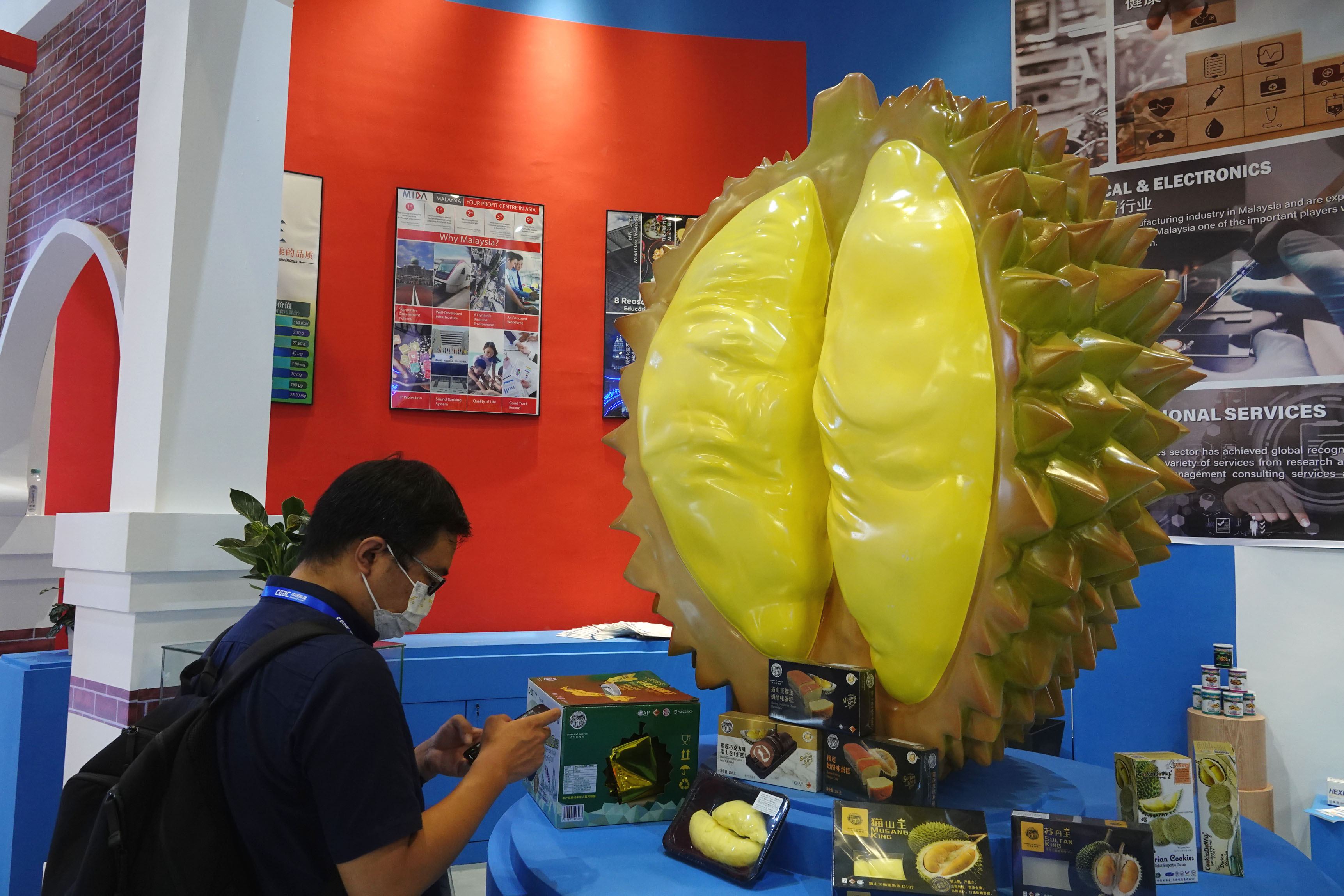 NANNING — In a recollection from Chen Jiqing, a fruit trader in the border city of Dongxing in South China's Guangxi Zhuang autonomous region, his first impression of ASEAN fruits was rambutan, mango and coconut brought by multinational traders near the border trade market when he was a child.

"There were only a few varieties and quantities of fruit from ASEAN member states at that time. Most of the fruit had to be sold that day or it wouldn't be fresh," Chen said.

At that time, due to backward logistics and a lack of cold chain technology, fruit from ASEAN member states was generally only sold in border areas.

Chen's company is already one of the largest fruit trading enterprises in Dongxing. In the peak season of durian production, it can ship more than 40 containers of fresh durian to the inland provinces of China in one month.

According to statistics, in 2004, China imported $300 million in ASEAN fruits. In 2001, China imported $15.22 billion of dried and fresh fruits and nuts, of which five ASEAN member states — Thailand, Vietnam, the Philippines, Cambodia and Malaysia — accounted for more than 60 percent.

Thanks to the vigorous development of economic and trade relations between China and ASEAN, Chongzuo in Guangxi, on the border of China and Vietnam, has become the largest city for import and export of fruit in China and its imported tropical fruit accounts for more than half of the whole country.

In Guangzhou and Shenzhen of Guangdong province, Shanghai, Nanning of Guangxi and other cities in China, snacks, cakes, drinks and other products made with durian, dragon fruit, mango, longan and other fruits from ASEAN member countries, have become popular in recent years, enriching the tables of Chinese consumers. Some food enterprises also take advantage of the business opportunities, which helps extend the industry chain of ASEAN fruits.

In Nanning, capital of Guangxi, Xuanma, a bakery food brand ranked among the top-selling brands on e-commerce platforms, also sees opportunities brought by the booming fruit trade between China and ASEAN member countries. It produces durian cakes made from imported durian.

Tang Chunlong, deputy general manager of Guangxi Xuanma Food Co Ltd, said the cakes retain the fresh smell of durian, and could be produced and shipped to the customers on the same day after receiving orders from e-commerce platforms. These durian cakes are now sold across the country.

The product gained popularity in the market as soon as it was launched in 2019, and annual sales increased rapidly from 800,000 yuan ($111,920) at the beginning to more than 10 million yuan in 2021.Inspired by the popularity of durian cakes, the company plans to develop more baked goods with imported ASEAN fruits as raw materials.

Thanks to the New International Land-Sea Trade Corridor — a trade and logistics passage, with Chongqing being the key operation center — ASEAN fruits can be transported to western regions as well as more inland provinces of China.

"In the past, via traditional logistics routes, ASEAN goods had to be transferred to local ports first, then to the eastern cities of China by sea, before being transported to the western region of China via domestic trunk logistics. It took a long time," said Mai Liang with China (Guangxi) Pilot Free Trade Zone Qinzhou Port Area Development and Investment Group Co Ltd. "The problem was that shipping costs were high and it took too much time, making it difficult for fresh ASEAN fruits to reach the dining tables of Chinese consumers quickly."

Today, the logistics network of the new land-sea corridor in western China has been rapidly expanded, forming three main lines in the east, the middle and the west using different logistics forms, including rail-sea transport. The destinations of the corridor have been expanded to 319 ports in 107 countries and regions.

At the 19th China-ASEAN Expo held from Sept 16 to 19 in Nanning, fruit trade also played a very important role. A variety of tropical fruit from ASEAN member countries was presented and sold at the expo.