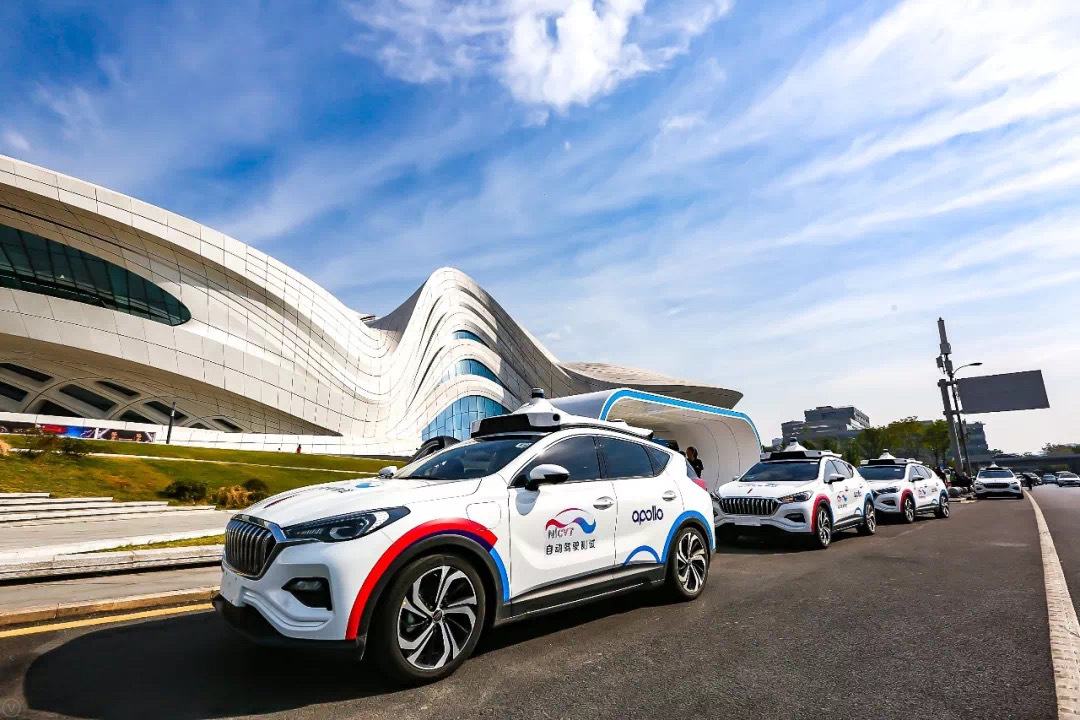 BEIJING - From making test runs on closed roads to carrying passengers in cities, China's self-driving industry has moved forward a big step in 2019, attracting more foreign car manufacturers to share the cake together.

The guidance and support from the Chinese government to its self-driving industry has promoted the rapid development of this industry, said Gao Qianqian, an official from China Association of Automobile Manufacturers.

Self-driving cars have to maintain a stable connection with base stations to monitor operation status, which requires a large amount of data exchange volume. With the 5G network, the delay is within only a few tens of milliseconds, said Han Xu, CEO of China's smart mobility company WeRide.

As the basis for autonomous driving, China's 5G technology, with the advantages of large bandwidth, ultra-low delay and large-scale connection, has accelerated its development this year.

A self-driving vehicle running at 100 kph starts braking at least 1.4 meters after recognizing obstacles in 4G networks, while the 5G network can shorten the distance to around 3 centimeters.

The support of the upgraded network has facilitated the autonomous vehicles shifting from road tests to passenger-carrying tests. In November 2019, a fleet of driverless vehicles, equipped with Baidu Apollo autonomous driving systems developed by Chinese tech giant Baidu, carrying passengers ran on the test roads with a total length of up to 114 kilometers and completed cruising, changing lanes and other diverse scenarios on the roads.

At the end of last year, WeRide launched a trial run of autonomous taxis, named RoboTaxi, in a 144-square kilometer area of South China's Guangzhou city. Passengers can order a taxi via its app and experience a driverless journey. "As the basis of the technological advantages, our country has numerous talents, especially in the fields including artificial intelligence, big data and cloud computing," Gao said.

China has been engaged in the construction of self-driving infrastructures to enhance safety and efficiency in test rides. Beijing added a new area of 40 square kilometers for testing self-driving cars carrying passengers on Dec 30 last year. The city has opened 151 roads with a distance of about 503.68 kilometers for autonomous driving, ranking first in the country.

Companies and researchers would be able to test technologies in commuting, logistics and delivery as well as road cleaning, said Dai Binbin, head of the Haidian District Government.

Besides the construction of infrastructures, the cities including Beijing, Shanghai and Chongqing issued their policies and license plates for autonomous vehicles, to assist in the research and development for the self-driving industry.

"I believe China's driverless commercial era may come faster as we have planned because we take the lead in infrastructure efficiency and capabilities around the world," said He Xiaopeng, chairman of China's electric vehicle maker XPENG Motors, at the Boao Forum for Asia annual conference in March last year.

It is estimated that the revenue from car sales and related services of autonomous driving in China will exceed $500 billion by 2030, according to experts at the second China International Import Expo held last November.

The Chinese market has attracted more and more international car manufacturers to develop their self-driving sector here, said Gao Qianqian. "China is the world's largest market for new cars, and the large-scale application of new products and technologies of this industry in the future is considerable," she said.

Audi's innovation in China would become its basis to develop self-driving vehicles, said Thomas Müller, adding that a research center had been set up in Wuxi last year to provide support for the test of its driverless vehicles.

But Gao also noted that despite a fruitful year of autonomous driving for Chinese companies and their international partners, there is still a long road for the industry's commercialization ahead, with challenges including the improvement of regulations, the ability to control costs, as well as the sustainability of its commercialization value, to be overcome.