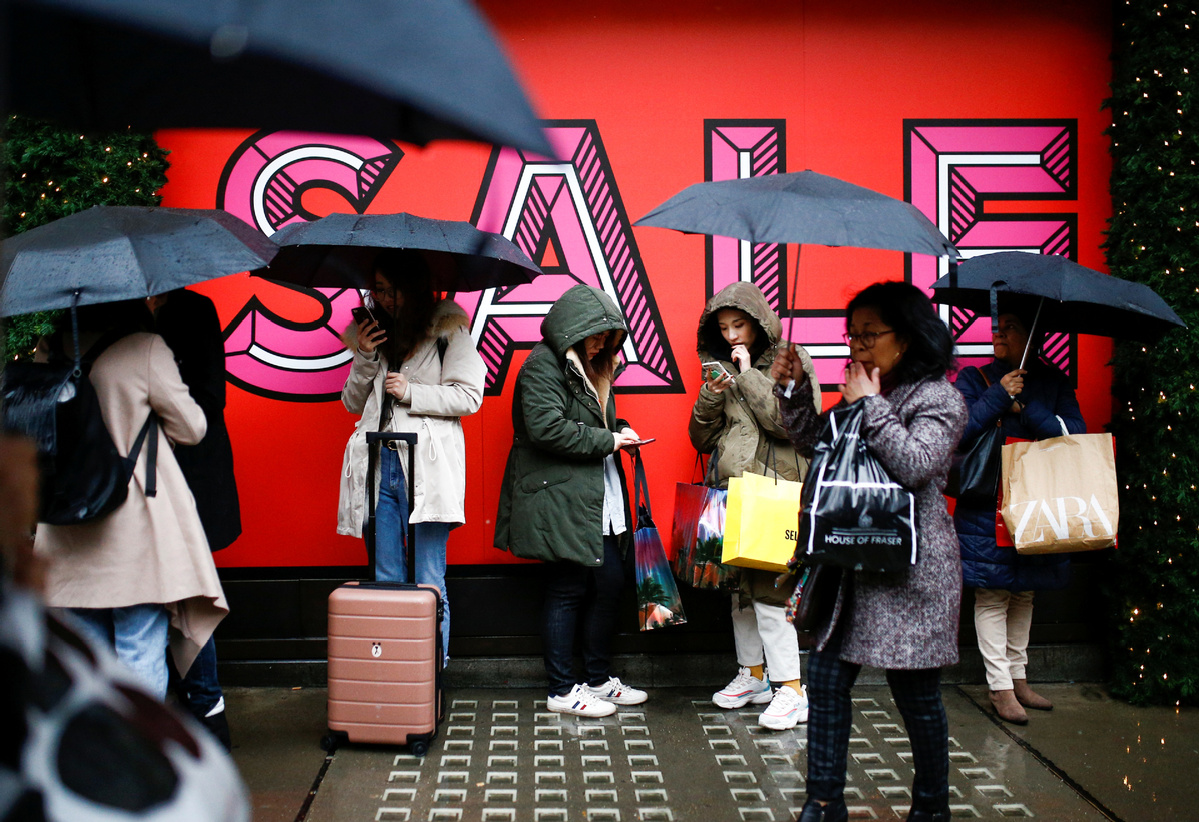 On Thursday Britons followed up Christmas celebrations with another annual fixture, the start of the post-Christmas sales.

Although it was forecast to be the day with the third-highest sales in British consumer history, a combination of pre-Christmas bargains and revised shopping habits means Dec 26 sales were predicted to be down for the first time in seven years.

The Centre For Retail Research said that around 25 million shoppers were expected to spend 4.4 billion pounds ($5.7 billion), but that total would be 8 percent less than the amount spent on the same day a year ago.

The increased competitiveness of Black Friday, the unofficial start of the Christmas shopping season in late November, is one of the reasons, as well as people being more likely to shop online to find the best deals.

Richard Lim, from the consultancy Retail Economics, said the transatlantic growth of the United States concept of Black Friday drew consumers into making bigger purchases earlier, with post-Christmas sales taking a hit as a result.

"An element of discount fatigue creeps into consumers' mindsets by the time Boxing Day sales come about," he told The Guardian. "Perhaps the one exception is around furniture and flooring, where consumers wait for the highly anticipated sales period for big-ticket purchases."

In addition, an increasing awareness of the environmental cost of consumerism is affecting purchasing. A survey carried out by Barclaycard found that environmental concerns were a reason that 62 percent of shoppers would spend less, with the so-called fast fashion sector－which has come in for sharp criticism－one of the areas most affected.

"Despite Boxing Day remaining a key moment in the retail calendar, savvy shoppers have been planning their large purchases throughout the entire festive sales period, which begins long before December," said Rob Cameron, chief executive of Barclaycard Payments.

"Our data for Black Friday and Cyber Monday revealed a huge jump in transaction volumes this year, so it's not surprising that consumers expect to have less money to spend after Christmas. So retailers need to take that into account."

But despite the fact that many of the best prices can be found by online comparison, some shoppers still enjoy the experience of battling through the sales crowds in stores.

Major retail destinations such as the Metrocentre in Gateshead, in the Northeast of England, Manchester's Trafford Centre and Lakeside in Essex are expected to welcome as many as one million visitors through their doors.

"We expect it to be one of our busiest shopping days of the year," said Trevor Pereira, commercial director of property company Intu, which owns the centers. "Going shopping on Boxing Day is a yearly tradition for many and people come to our centers to enjoy a great experience that cannot be matched online."