Brazilian mining giant Vale announced Thursday a net loss of $1.68 billion in 2019, compared with a $6.86 billion profit in the previous year, partly due to the collapse of a dam that killed 270 people. 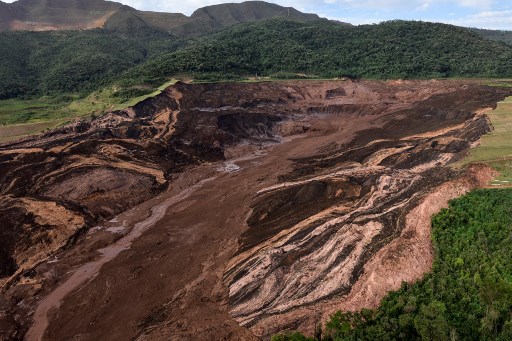 Aerial view after the collapse of a dam belonging to Brazil's giant mining company Vale, near the town of Brumadinho, in southeastern Brazil, on January 25, 2019.  (Photo: AFP)

The company, which reported a $1.56 billion net loss in the fourth quarter, saw its iron ore production fall sharply, and earlier this month it called 2019 "the most challenging year of its history."

The dam collapse in January 2019 at Vale's mine in Brumadinho, in southeastern Brazil, sent millions of tons of toxic mining waste gushing into the surrounding area.

The disaster was one of the worst industrial accidents in Brazilian history.

Brazilian prosecutors have charged 16 people, including Vale's ex-president Fabio Schvartsman, with intentional homicide and environmental offenses, alleging they hid the risk of a dam collapse.