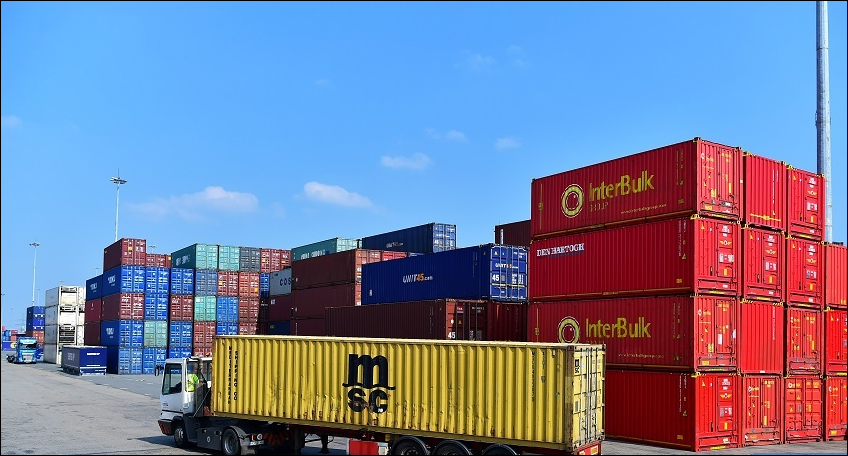 Photo taken on April 15, 2019 shows the DIT station, an important center for the China-Europe railway express in Europe, in Duisburg, Germany. (Photo: Xinhua)

China's Belt and Road Initiative creates a win-win situation for the participating European and Chinese companies by expanding the range of cooperation opportunities, the organizer of the world's biggest trade fair for logistics, mobility, information technology and supply chain management told Xinhua here on Wednesday.

"Transport logistic 2019" opened its doors at the Messe Munchen exhibition ground on Tuesday and will last until June 7. The fair is held every two years in the capital of Bavaria.

"There are many good panel discussions about the hot topics of the logistics industry here. One of them is definitely the Belt and Road Initiative (BRI)," said Stefan Rummel, managing director of Messe Munchen.

"There are more and more interconnected logistics networks between Europe and China," he added.

This year's event has attracted around 2,300 exhibitors from around the world. Sixty-four exhibitors came from China, almost twice as many as in 2017, Rummel said.

The Chinese exhibitors are looking for partners in Europe. The fair is also a very good opportunity for European companies to establish business ties with China, he said.

"This strategic Belt and Road Initiative is being executed more and more with all the countries along the new Silk Road," Rummel said.

During the fair, major market players discuss Europe's opportunities in the context of the BRI. Other issues include the shortage of skilled workers, the application of artificial intelligence, paths to smart city logistics and the specific logistics trends on road and rail, water and air.

Rummel identified the uncertain economic situation in Europe, Brexit and the trade war between the US and China as the toughest challenges faced by the logistics industry today.

"My impression is that the (logistics) industry is a little bit more cautious currently. They are waiting to see what will happen between the US and China," Rummel said.

Rummel believed that logistics companies have a huge potential for the future, especially if they can make use of new technologies like artificial intelligence and autonomous driving.

As the organizer of the fair, Rummel is very satisfied and he is very confident that more and more Chinese logistics companies will take part in the next fair.