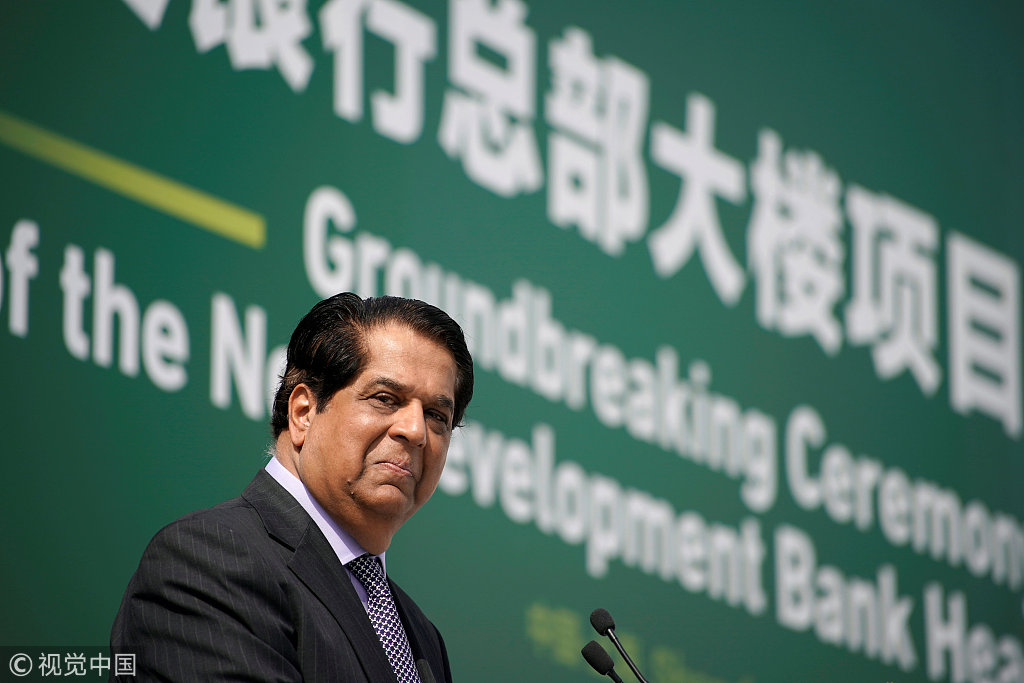 The bank has approved 21 projects so far and the total amount of the bank's portfolio has exceeded $5.1 billion.

According to Kamath, the bank is planning another renminbi bond issuing of 5 billion yuan ($781 million) this year.

The bank will launch its Americas Regional Office in Brazil this year, which will increase the operational capabilities of the NDB and facilitate identification and preparation of bankable projects in Brazil.

Together with the Africa Regional Center which opened last year in Johannesburg, South Africa, the new regional office will progressively support a growing range of the bank's operations.

The NDB was founded by the BRICS member countries - Brazil, Russia, India, China and South Africa - during the group's sixth summit in Fortaleza, Brazil in July 2014 and formally opened in Shanghai in July 2015.

It was created with the objective of financing infrastructure and sustainable development projects in BRICS countries and other emerging economies and developing countries.