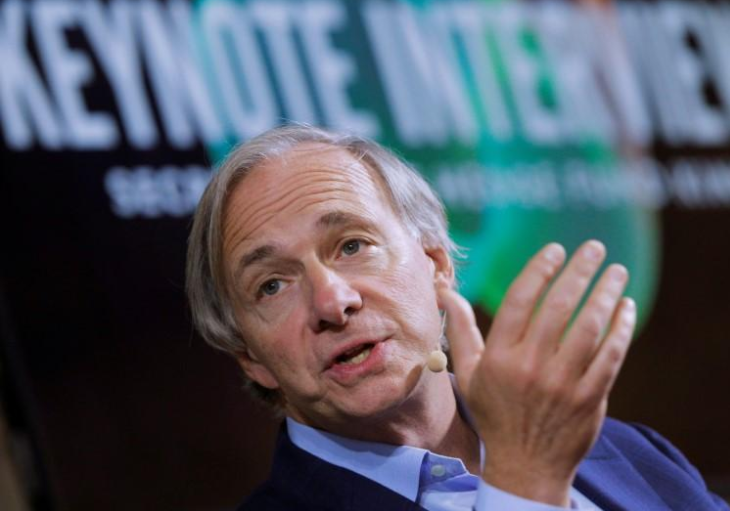 Billionaire investor Ray Dalio, who founded world’s largest hedge fund Bridgewater Associates, thinks there is a relatively high chance the US economy will stumble into a recession before the next presidential election in 2020.

Dalio said the US economy is not currently in a bubble. But he reasoned that it might not take long to get there and then to move on to a “bust” phase.

”I think we are in a pre-bubble stage that could go into a bubble stage ... The probability of a recession prior to the next presidential election would be relatively high, maybe 70 percent, Dalio said during an appearance at the Harvard Kennedy School’s Institute of Politics.

Dalio, whose fund invests some $160 billion, stepped down from the hedge fund’s day-to-day operations nearly a year ago, but his views on markets and the economy are still very closely followed.

At the event, Lawrence Summers, a former Treasury secretary and former Harvard president, asked Dalio questions including what advice he would give individual investors who may have been rattled by the market’s recent turbulence after years of steady gains.

Dalio said investors should not panic and need to have a sound plan. If people become scared after the market has tumbled, it is too late, Dalio said, adding that people should probably buy when they are frightened and sell when they are not.

“The greatest mistake of the individual investor is to think that a market that did well is a good market rather than a more expensive market,” he said.

Dalio refused to discuss the firm’s portfolio and said that many of Bridgewater’s moves could be easily misinterpreted, including recent short bets against a number of European companies. “Don’t read anything into that. You’ll probably be misled.”