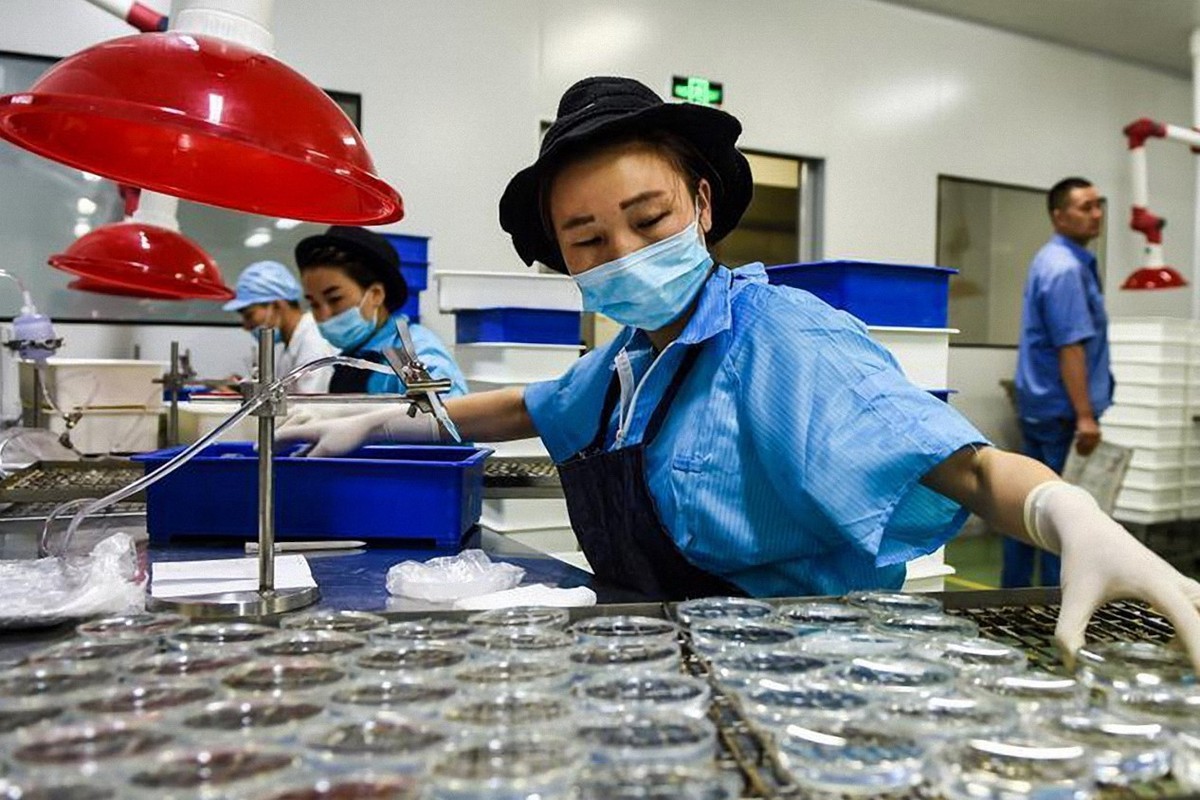 Qian Xin, an optician in Danyang, a county-level city in Zhenjiang, Jiangsu province, is a happy man these days as online sales of protective eyewear have tripled during the last three months despite the COVID-19 outbreak.

Danyang, China's largest production and export base for optical lenses and frames, is often called the "City of Glasses". Industry officials said most of the companies in the region were facing hard times at the beginning of this year as several export orders were canceled due to the epidemic, despite its key role in the global eyewear industry.

During the epidemic period, most of the classes and other educational activities were conducted via online platforms. Demand for protective eyewear, especially blue-light-blocking glasses, has increased as they reduce the harmful effects of radiation, said Qian.

In 2019, 23 million blue-light-blocking spectacle lenses were sold in Danyang. During the first quarter of this year, the sales of such lenses rose by 103 percent on a yearly basis.

Unlike most of his peers in the catering and travel industries who have incurred steep losses, Qian's business has been in the black during the first quarter and he remains confident on the prospects for the full year.

Sharing Qian's optimism is Yuan Hongjin, secretary-general of the Danyang Glasses Association, who foresees steady development of the eyewear industry this year despite economic head winds from the epidemic.

"Companies have been able to circumvent losses from canceled export orders due to the robust domestic demand," she said.

According to Yuan, the city's total trade value (imports and exports) of the industry fell by 5.8 percent on a yearly basis during the first three months of this year to $97.18 million.

In 2019, total output value of the city's eyewear industry was 15 billion yuan ($2.1 billion). Imports and exports of eyewear reached $444 million in value terms, up 10.13 percent on a yearly basis, according to the association.

Yuan admitted that the pandemic had posed great challenges for the exports of goods. To tackle the challenges that companies face, the association is encouraging more companies to operate online platforms and conduct research on new, smart products, including temperature-measuring glasses and vapor-proof glasses for mask-wearers.

The local government is also helping the eyewear industry by putting up advertisements for the city's eyewear products in social media, high-speed trains and expressway entrances and exits. Tang Longbao, president of the association, believes that the epidemic period is an opportune time for the industry to upgrade, innovate and embrace new market opportunities.