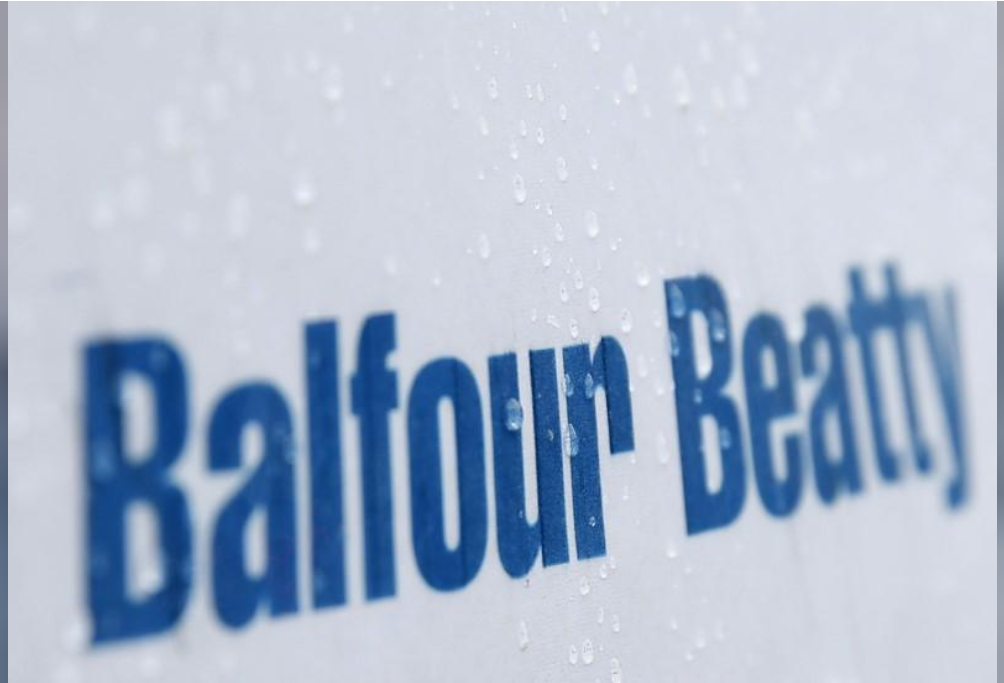 Raindrops are seen on a sign at a Balfour Beatty construction site in central London September 29, 2014. Photo: Reuters/Stefan Wermuth

The design and build part of the contract has been awarded to a joint venture of construction groups, in which Balfour and Fluor Corp each have 30 percent stakes, while Flatiron West and Dragados USA each have 20 percent stakes.

The contract will include designing and building a 2.25-mile (3.6 km) long, above ground airport transport system to connect LAX central terminal area to a rental car facility, six stations and a vehicle maintenance facility, Balfour said in a statement.