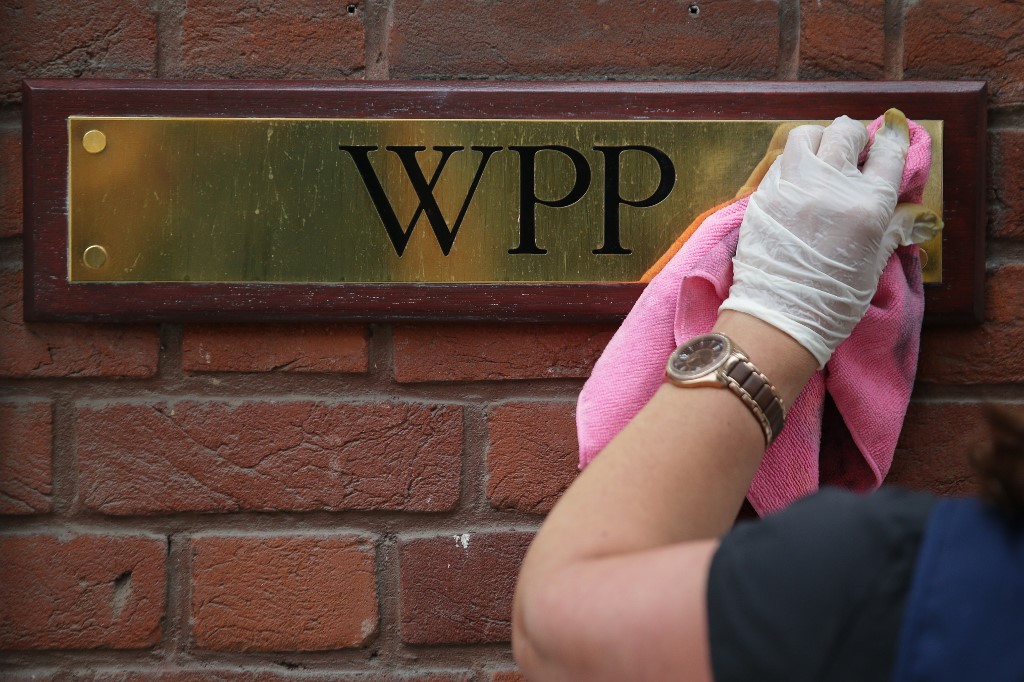 Investors were left unimpressed by the update that also revealed a 22-percent drop in annual pre-tax profits and a worse-than-expected final quarter.

"It seems that the market was hoping for a brighter turnaround story," said Richard Hunter, head of markets at Interactive Investor.

"The company is putting a brave face on its turnaround prospects, which now look like they will take longer than the market had hoped," he told AFP.

WPP said in its earnings statement that the group had made "good progress" with a three year turnaround programme, "creating a simpler business, making significant investments for future growth and strengthening" its balance sheet.

The group said it had met or exceeded targets on making the company leaner, including the loss of 3,500 jobs.

WPP added that group revenue edged higher to £13.2 billion in 2019 -- the rise capped by a slide in the fourth quarter.

"The second half of 2019 was stronger than the first, with performance improving globally and in the United States, our largest market," said chief executive Mark Read.

"With our market-leading scale and global footprint, allied to the creativity of our agencies and our technology leadership, we are confident of further progress," he added.

Under Read, the company is streamlining operations to better compete with the likes of Google and Facebook who have captured advertising spend by multinationals looking to cut costs.