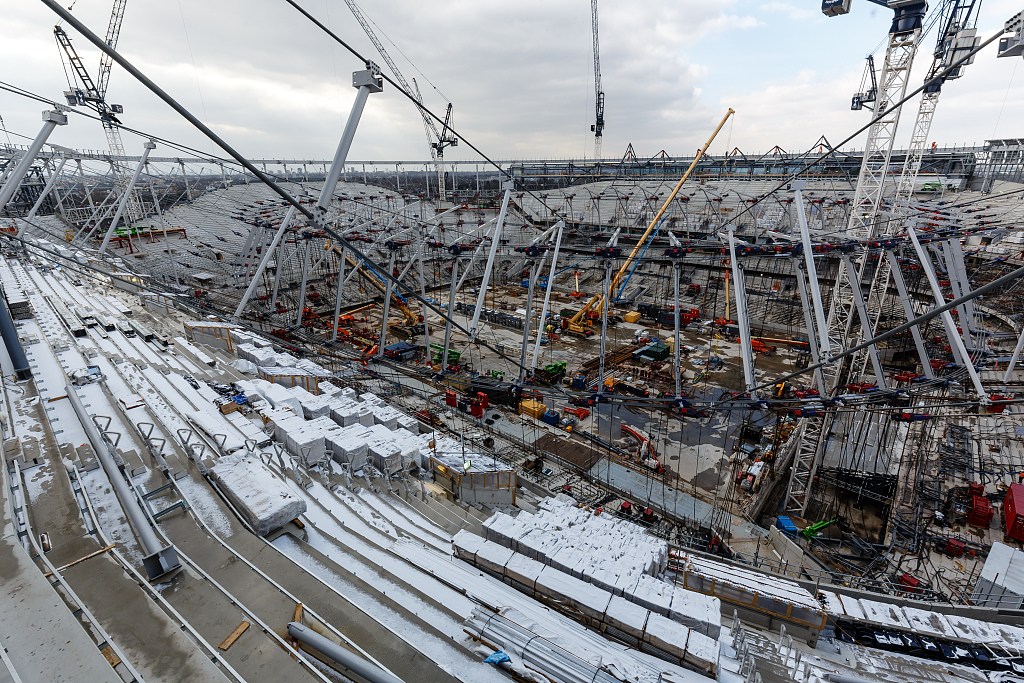 LONDON, Jan. 3 (Xinhua) -- The British construction sector continues to grow despite political uncertainties over Britain's relations with the European Union (EU), albeit at a slower pace according to a survey released Thursday.

The rate of growth in the construction sector slowed slightly in December, according to the Purchasing Managers' Index (PMI) released by IHS MARKIT/CIPS Thursday, which fell from 53.4 in November to 52.8 in December (above 50 represents growth).The sector has been on a growth rally for nine straight months, but December's growth rate was the slowest rate seen since September.Business activity growth eased to a three-month low and new orders expanded at a relatively subdued pace. The main bright spot was a sustained rebound in civil engineering activity, which rose at the fastest pace since May 2017.Business optimism towards the year ahead construction outlook also picked up in December, despite Brexit uncertainties evident in other parts of the economy.The degree of confidence was the highest since last April and well above the near six-year low seen in October.Survey respondents cited hopes of a boost to growth from work on big-ticket transport and energy infrastructure projects in 2019."The construction sector has had little to cheer recently, but 2019 should be a better year," Samuel Tombs, chief UK economist at Pantheon Macroeconomics, a London-based financial data analysis firm said.In addition to the prospect of rail and road projects and new building of power infrastructure, a year-over-year jump above 10 percent in the government's public sector gross investment in 2019/20 will boost the sector, Tombs said.He added: "There is still scope for business investment to rebound later this year, provided a no-deal Brexit has been averted, given that firms' profit margins are relatively healthy and their balance sheets are awash with cash."