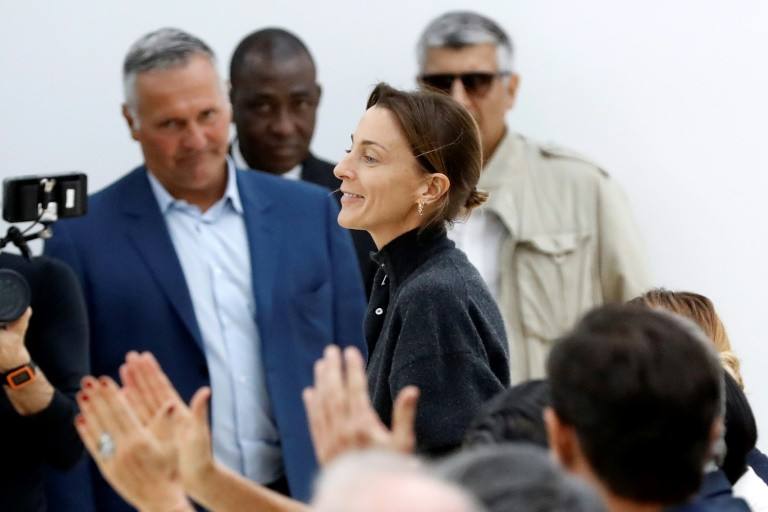 British-born designer Phoebe Philo said Friday that she is quitting Celine, the French fashion house that she has led for the last decade.

Rumours had been swirling since October about the 44-year-old designer, who created a cult following at the label for her hip minimalist style.

Many have talked of her as a possible successor for Karl Lagerfeld at Chanel, despite there being little sign that the 84-year-old is ready to surrender his scissors.

Off the catwalk, Philo was also a trendsetter, with her love of white Adidas Stan Smith tennis trainers helping to popularise the vintage look.

"It's been amazing. Working with Celine has been an exceptional experience for me these last 10 years," Philo said in a statement announcing her departure.

Her exit is the latest in a merry-go-around of departures at the top of the fashion world, with some fearing that the hectic pace of the industry is burning designers out.

Philo made her name as number two to the young Stella McCartney at Chloe, and was known for her no-nonsense, back-to-basics approach.

She later took over from McCartney at Chloe when she left to set up her own label, before taking two years out to be with her family and have a second child.

Like McCartney, she is a vegetarian who banned fur from her collections, though she continued to use leather at Celine.

Fashion critic Sophie Fontanel of the French L'Obs magazine mourned her departure, saying she was the "opposite of marketing... it's her clothes themselves that are the thunder".

"Everything is practical and original, sober and sophisticated, of the moment and yet ageless.... It is hard to see Celine without Phoebe Philo," she added.

Having boosted sales at both Chloe and Celine despite refusing to have an Instagram account until last year, she is a hot fashion property, particularly admired for her bags.

Philo reportedly flirted with taking the helm at Louis Vuitton in 2011 after the departure of Marc Jacobs, but decided to stay on at Celine.

Bernard Arnault, the owner of the LVMH luxury goods empire which owns Celine, said he was still committed to the brand despite her exit.

"What Phoebe has accomplished over the past 10 years represents a key chapter in the history of Celine.

"A new era of development will now start and I am extremely confident in the future success of this iconic house," he added.