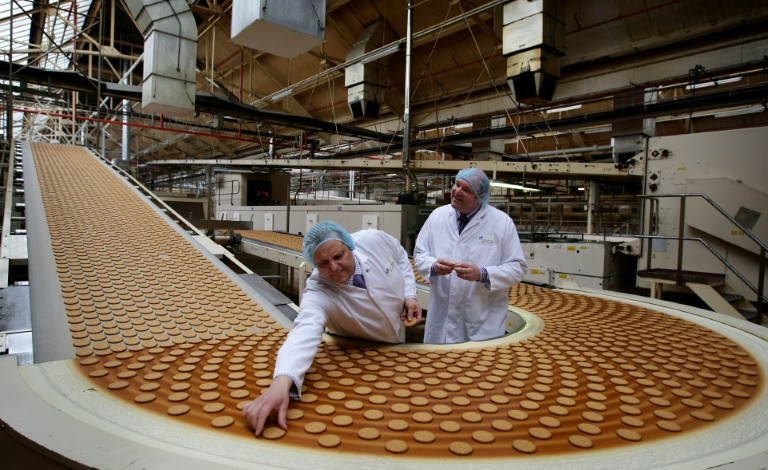 A much-loved British biscuit has fallen victim to the Brexit-linked slump in the pound, as McVitie's Digestives on Friday said their packets will shrink.

Packets of the quintessentially British brand will be cut from 500 to 400 grammes this month, after the weakened pound ramped up import costs.

"The rising cost of ingredients and changes in the exchange rates means it has become more expensive to bake our products," said Nick Bunker, UK and Ireland managing director of Pladis which owns the brand.

He said the change was necessary "in these challenging times".

Britain's decision in 2016 to leave the European Union led to a sharp devaluation on the value of the pound against the euro and dollar.

A company spokeswoman denied the change was the result of one specific event such as the Brexit vote, but rather a response to "changing market conditions and the increased cost of ingredients".

The sweet wheaty biscuit is a British staple, often dunked into a cup of milky tea, and is sold internationally.

"It would appear that nothing is safe from the effect of rising costs in a post-Brexit world," wrote The Times newspaper.

But while some saw smaller packets as a way to tackle obesity, others were not so enthusiastic.

"Mr Robert McVitie must be twisting in his grave," reader Ahmed Bayram responded on The Times website.

"Here was me thinking we were all becoming giants but it turned out everything was getting smaller instead," wrote another.

In October 2016, Toblerone announced the triangular-shaped chocolate had shrunk over rising costs.

Consumers have since complained of numerous companies selling smaller versions of their products.