A closely watched survey shows that the British economy is not far away from shrinking amid intensified Brexit uncertainties. 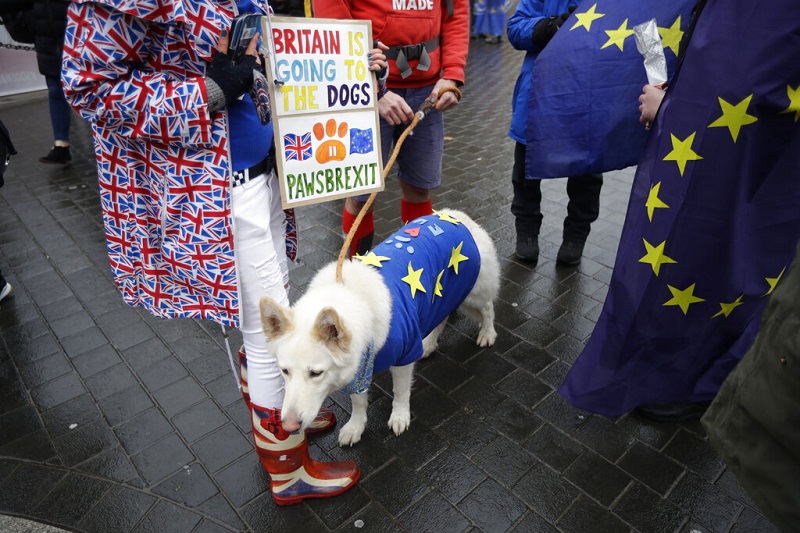 Alba, a white German Shepherd dog, wearing a European flag stands with supporters of Britain remaining in the European Union as they protest opposite the Houses of Parliament in London, Monday, Feb. 4, 2019. (Photo: AP)
Financial information firm IHS Markit said Tuesday that its "all-sector" purchasing managers' index dipped to 50.3 points in January from 51.5 the previous month. Were it to fall below 50, it would be indicating a fall in output.
The survey, which the Bank of England monitors as it assesses the economy, indicates that companies are getting "increasingly risk averse and eager to reduce overheads in the face of weakened customer demand and rising political uncertainty."
The Bank of England is due to keep its main interest rate on hold at 0.75 percent on Thursday. There will be interest in its economic forecasts in light of the Brexit impasse.