LONDON, Aug. 30 (Xinhua) -- British mortgage approvals for house purchases in July 2019 hit the highest point since July 2017, with net mortgage lending rising, according to statistics released by the Bank of England (BoE) Friday. 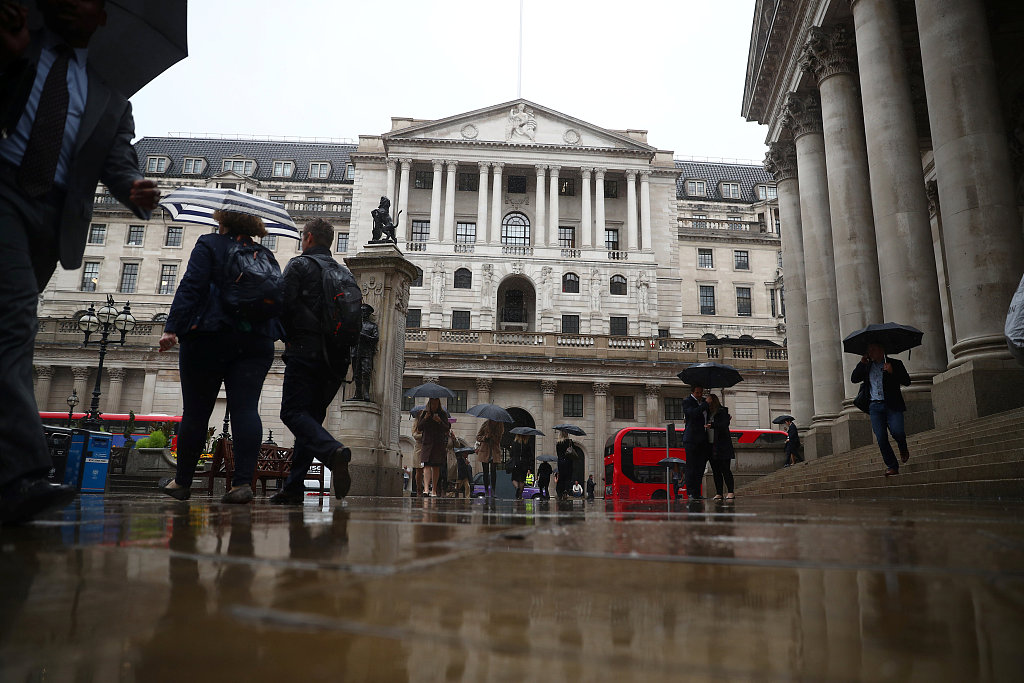 Pedestrians shelter under umbrellas in front of the Royal Exchange and the Bank of England, in London, Britain. (Photo: VCG)

The BoE's monthly Money and Credit statistics showed that mortgage approvals for house purchases in July rose to 67,300, reaching the strongest point since July 2017.

The British central bank said mortgage market activity remained stable in July, with the annual growth rate being at 3.2 percent, close to the average level since 2016.

The data revealed that net consumer credit grew by 0.9 billion pounds in July, widely in line with the average level over the past year.

Hansen Lu, a property economist at consultancy Capital Economics, said the data should be analyzed in a certain context, adding that "approvals have been stuck in a range of about 62,000 to 72,000 loans per month since the middle of 2013."

"Moreover, today's BoE figures show a weaker annual rise than the 10 percent year on year from UK Finance (UKF) on Tuesday. This is what we expected. UKF cover only two thirds of the market, and their strong growth reflects lenders taking market share from each other, not a wider recovery in lending," Lu added.