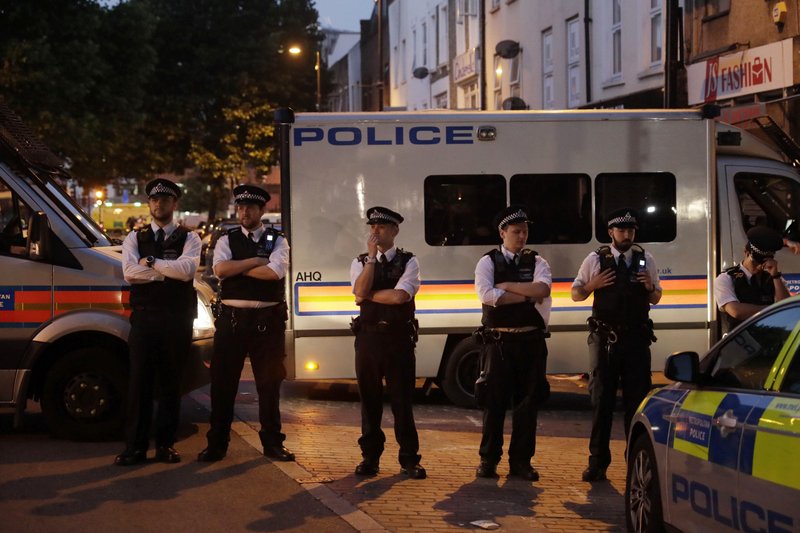 LONDON (Xinhua) -- British Prime Minister Boris Johnson on Sunday announced the extension of stop-and-search powers for police as he was promising tougher sentences for violent criminals.

"We are making clear that the police can and should make use of their stop-and-search powers," the prime minister said in an article published in the Mail newspaper on Sunday.

Powers to stop and search will be extended to cover an additional 8,000 police officers in England and Wales in a bid to tackle knife crime.

There were 43,516 knife crime offences in the 12 months ending March 2019, according to official figures.

This is an 80 percent increase from the low-point in the year ending March 2014, when there were 23,945 offences, and is the highest number since comparable data was compiled.

"We need to come down on hard crime," he said. "That means coming down hard on criminals. We need to reverse the balance of fear. I want the criminals to be feared -- not the public," he wrote.

It is the second time this year that the stop-and-search powers have been extended. It means all police forces across the UK will be able to stop and search anyone in a designated area, without needing reasonable grounds for suspicion, if they think there is a threat of serious violence.

He said the investment in the prison system, already approved by British Chancellor Sajid Javid, was "long overdue."

Johnson said he also wants to end the automatic release of prisoners who have served half their sentence.

Since taking office last month, Johnson has already set out plans to recruit another 20,000 police officers over the next three years.

"This draconian approach shows that Boris Johnson's government has no real plans to invest in policing or a public health approach to tackling violent crime," Abbott said.

"They have opted to 'appear tough' instead of dealing with the root causes of crime," he added. Enditem