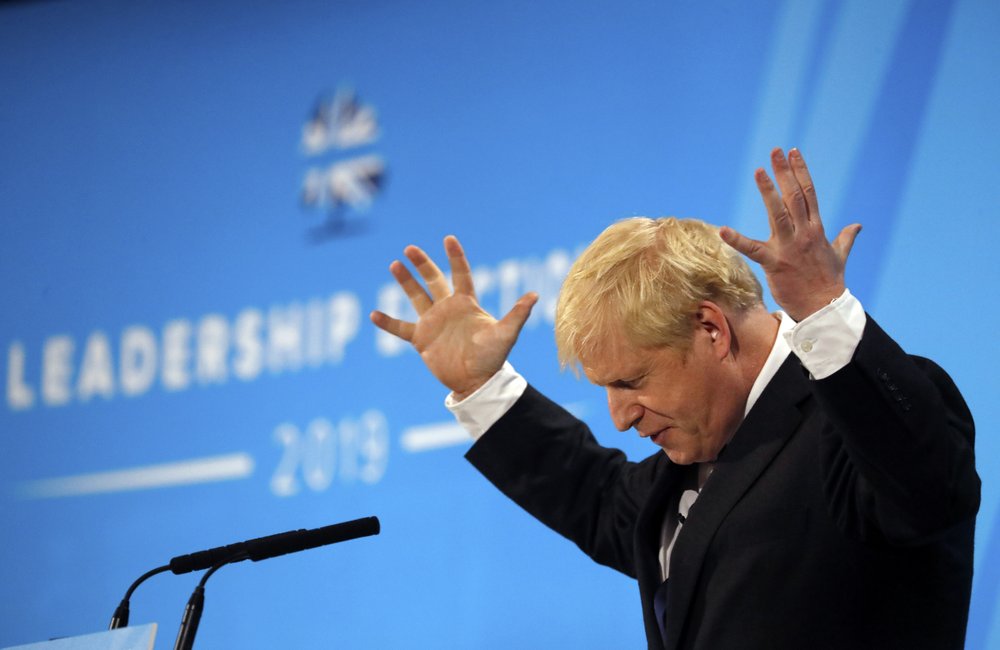 LONDON, Jan. 13 (Xinhua) -- British Prime Minister Boris Johnson said Monday during a visit to Belfast, Northern Ireland that he hopes and is "confident" to secure a zero-tariff, zero-quota agreement with the European Union (EU).

Addressing concerns over possible checks on goods crossing the Irish Sea after Brexit, Johnson told reporters that "I cannot see any circumstances whatever in which there would be any need for checks on goods going from Northern Ireland to GB (Great Britain)."

"The only circumstances in which you could imagine the need for checks coming from GB to NI (Northern Ireland), as I have explained before, is if those goods were going on in to Ireland, and we had not secured -- which I hope and am confident we will -- a zero-tariff, zero-quota agreement with our friends and partners in the EU," he said.

"There are plenty of protections for Northern Irish business, farmers and others," he said.

Praising politicians for their willingness to set aside differences, Johnson said "now is the chance for the government and Executive to deliver for the people of Northern Ireland and to deliver on the priorities for the people."

In a statement prior to his visit, Johnson hailed the deal as "historic".

"This is an historic time for the people of Northern Ireland. After three years, Stormont is open for business again with an Executive who can now move forward with improving people's lives and delivering for all communities in Northern Ireland," read the statement.