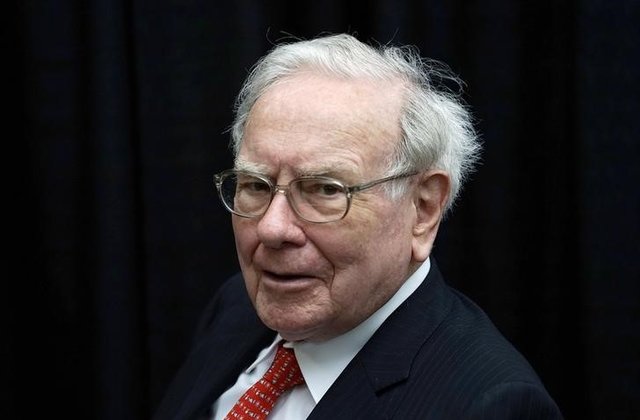 Warren Buffett on Monday said the healthcare company being set up by Berkshire Hathaway Inc (BRKa.N), Amazon.com Inc (AMZN.O) and JPMorgan Chase & Co (JPM.N) will within a year have a new chief executive officer, and set an aggressive goal to cut costs.

Speaking on CNBC television, Buffett said “we can’t afford to make a mistake” in finding the right CEO to help combat spiraling healthcare costs that now account for close to 18 percent of U.S. gross domestic product, or $10,000 per person.

Buffett said it would not be difficult to “shave” off 3 or 4 percentage points, contrasting the situation to 1960, when he said healthcare costs accounted for just 5 percent of GDP, or $170 per person.

“We are at a huge competitive disadvantage in American business” relative to other industrialized countries because of the costs, Buffett said. “The question is whether we can come up with something better. I‘m hopeful, but don’t expect any miracles.”

Berkshire, Amazon and JPMorgan last month said they would start a healthcare venture for their workers.

While few details were provided, shares of several insurers and pharmacy benefits managers fell on the news because investors worried how the venture might disrupt the industry.

Buffett said that in starting the venture, “we have the perfect partnership” with JPMorgan CEO Jamie Dimon and Amazon CEO Jeff Bezos. Todd Combs, an investment manager for Buffett and a JPMorgan, will spearhead Berkshire’s involvement.

The interview occurred two days after Buffett released his shorter-than-usual annual letter to Berkshire shareholders, which had little discussion about the company’s investments.

One is Wells Fargo & Co (WFC.N), the third-largest U.S. bank, which was surprisingly ordered this month by the Federal Reserve to curb asset growth while it tries to rebound from scandals over how it treated customers.

Buffett, whose Omaha, Nebraska-based conglomerate owns nearly 10 percent of Wells Fargo, on Monday said “I have confidence in Tim Sloan,” the bank’s CEO.

He likened the situation to 1991, when Buffett was installed as chairman of Salomon Brothers Inc amid a bond trading scandal that nearly landed that company in bankruptcy.

“Digging your way out of it takes time,” Buffett said. “He’s got a lot to clean up.”

Buffett also discussed other means to deploy Berkshire’s $116 billion cash stake, after saying in the letter he desired one or more “huge” acquisitions of non-insurance businesses.

He said he would be “more inclined” to buy back stock than pay dividends, and might raise the repurchase threshold from 1.2 times book value. Berkshire’s stock traded at roughly 1.44 times book value based on Friday’s market close.

“I am fairly confident we will find ways to deploy” excess cash, Buffett said. “The best chance to deploy money is when things are going down.”

Also helping Berkshire will be the recent cut in the U.S. corporate income tax rate, which gave Berkshire a one-time $29.11 billion net income boost by reducing its potential tax bill on stocks it owns.

The cut is a “huge tailwind” for U.S. companies and is “really good for Berkshire,” Buffett said.

Buffett also said that while stocks remained a better bet than bonds over the long-term, it remained “crazy” for ordinary investors to use margin, or borrowed cash, to load up on stocks.

He said investors might get a “euphoric surge” if they double their money in stocks, but would not be “happier.”