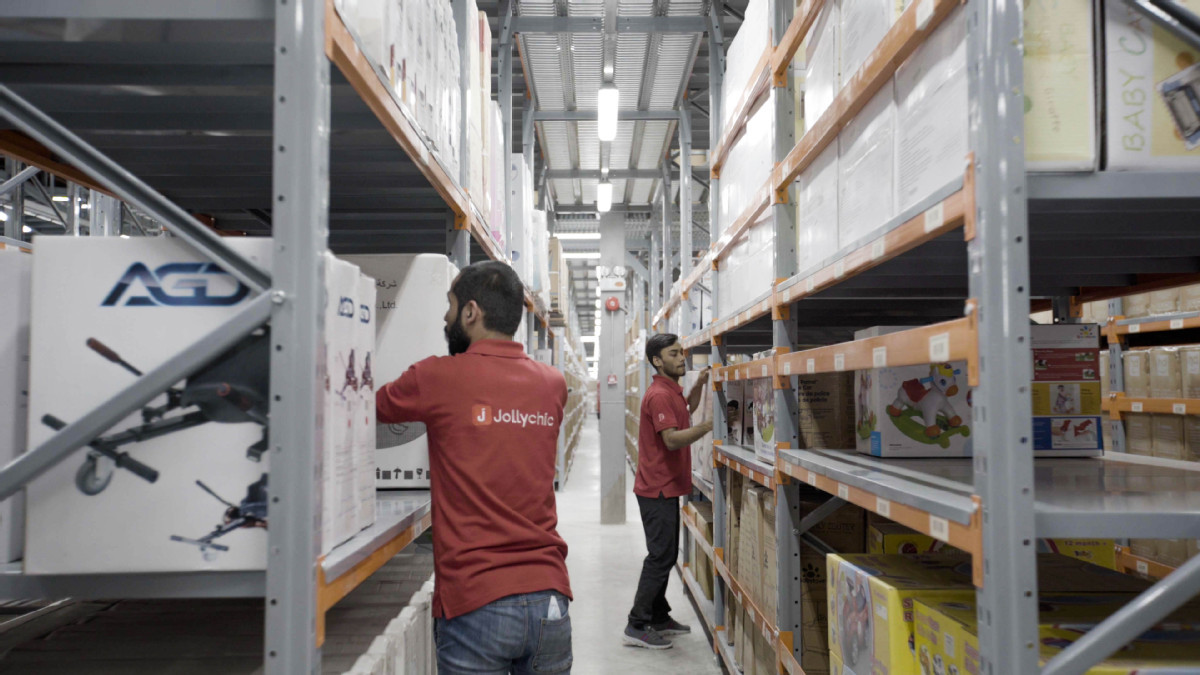 Even with a bachelor's degree in computer science from Jordan's Hashemite University, Noor Hayida was turned down by 18 employers for one reason: a female candidate is not welcome.

All these companies believed that she would soon get married and be persuaded by her husband to give up her job to manage home and raise kids. Such a belief is shaped by facts: the typical roles most local female graduates end up playing in their lives are that of a home-maker, wife and mother. Societal norms and unwritten rules ensure that.

At Jollychic, however, an undaunted Hayida appeared for her 19th job interview. As it turned out, the largest e-commerce platform in the Middle East was to be the inflection point in her life. In three years' time, Hayida has risen to general manager of Jollychic's Jordan branch. She met her Mr Right via Jollychic three years ago and tied the knot.

"Jollychic offered me a decent job and, in a sense, a nice family too. I'm the best proof to the local people as to how women can find true meaning in their lives," she said.

Hayida's is just one of the many such true stories that illustrate the socio-economic difference that Jollychic has made to the local market. Established in Hangzhou of East China's Zhejiang province in 2012, Jollychic has since forayed into various overseas markets like Southeast Asia, Central Asia and Latin America. It entered the Middle East in 2014 as the comparatively younger generation of consumers are seen to have more generous shopping budgets, which is expected to offer huge room for development.

"The Middle East still remains enigmatic to a lot of Chinese. But actually, we find that the majority of Jollychic's users are Arabians aged below 35. They have an open mind and are positive about e-commerce platforms, which are not yet widely spread in the region," said Du Minghao, vice-president of government and public affairs at Jollychic.

The Gulf Cooperation Council countries, being the world's major oil suppliers, are relatively wealthier, Du said. Jollychic's each order is valued above $100 on average and the number will be significantly higher during the holiday season. Except in Southeast Asia, an e-commerce order valued at around $10 is considered a big one.

While female clothing was first introduced to test the water, all kinds of products, including cosmetics, babycare products, digital devices and daily groceries, made it to the platform subsequently.

With that, more than 5,000 Chinese companies, including industry big names such as Huawei, Xiaomi and Haier, have leveraged Jollychic's platform to extend their footprints into the Middle East market.

Meanwhile, Jollychic became the preferred e-commerce platform for internationally celebrated brands such as Adidas, Lego and Gucci seeking to cater to their local customers' needs digitally.

"When people there want to buy something, the first venue they would think of is Jollychic," said Du.

The importance of a localized supply chain has always been emphasized at Jollychic. Therefore, it started to build its own overseas warehouses in 2016. Its 150,000-square-meter warehouse in Riyadh, capital of Saudi Arabia, is the largest of its kind in the Middle East.

Delivery is also crucial in terms of consumer experiences. In Saudi Arabia, for example, Jollychic provides delivery services in 60 cities, which means it has reached most of the first-to third-tier cities in the country.

It has also turned to Google for first-hand customer insights and localization consultancy. To further enhance consumer experience, Jollychic set up a call center in Amman, capital of Jordan, in 2015, providing 24-hour service to consumers in the Middle East.

But as the local market matures, consumers will underscore services that the platform can provide in addition to a wide range of products, said Du. So, Jollychic is upgrading its supply chain in the Middle East in a big way. Progress on this front is likely to be revealed within the year.

"What we want to demonstrate is the high level of capability, flexibility and versatility of the Chinese supply chain. For example, when a sock maker finds no room for profit, it would soon start producing tents. Such flexibility has reflected the tenacity of China's manufacturing industry and the country's economic growth. This is also the competitive edge of Chinese companies," he said.

The international market players feel somehow challenged by this little known industry new-comer. In 2017, Amazon acquired the largest local e-commerce platform Souq to speed up its expansion in the Gulf region. But in the same year, Jollychic also acquired another local market player MarkaVIP. This investment helped Jollychic to become the largest e-commerce platform in the Middle East by reaching 35 million local users, which is equal to 80 percent of the total e-commerce users there.

More importantly, the presence of Jollychic in the Middle East has helped form the online shopping landscape and accelerate the introduction of e-commerce regulations in the area, said Du.

In 2018, China signed a bilateral agreement with the United Arab Emirates in which e-commerce was to be the key area of cooperation. In April 2019, Jollypay, the online payment arm of Jollychic, reached an agreement with Saudi Post to carry out in-depth cooperation in mobile payments, in the hope of building a cash-free society in the Gulf region.

"It is our long-term goal in the Middle East to build an ecosystem of Jollychic which provides more businesses and services to local consumers. Eventually, we will build a digital economy ecosystem in the countries and regions participating in China's Belt and Road Initiative," he said.