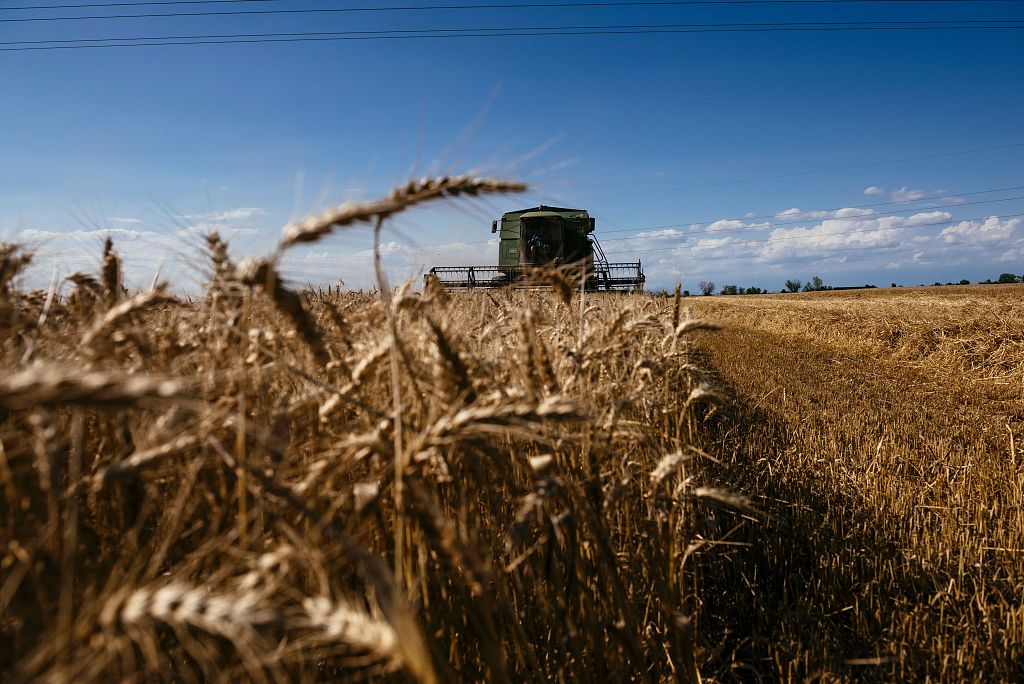 A harvester works in a field of wheat near the southern village of Trud on July 5, 2016. (File photo: VCG)

The zone was launched at the Agricultural University of Plovdiv, the ministry said in a press release.

"Part of it is also a demonstration center, which will train students who will have the opportunity to make real deals with China," the ministry said.

At the opening ceremony, Porodzanov recalled the establishment in Bulgaria of the Association for the Promotion of Agricultural Cooperation between China and the Central and Eastern European countries, the ministry said.

Thanks to the Association, Bulgaria has become a pioneer in agriculture, Porodzanov said at the ceremony, which was also attended by Plovdiv Region Governor Zdravko Dimitrov.