SOFIA, March 7 (Xinhua) -- High officials here on Wednesday at a special conference encouraged Bulgarian companies to participate in the First China International Import Expo (CIIE) that will take place this November in Shanghai. 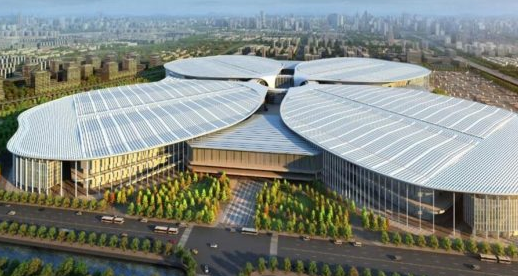 This would be the first large-scale exhibition in China and even in the world that is devoted to imports, Chinese Ambassador to Bulgaria Zhang Haizhou said at the conference, which was attended by some 150 Bulgarian officials and businessmen.

"I am confident that the exhibition will be another platform for mutually beneficial cooperation and an important chance to open the Chinese market for Bulgarian companies, especially small and medium enterprises," the ambassador said.

According to Chinese customs statistics, trade between China and Bulgaria in 2017 amounted to $2.13 billion, with a growth of 29 percent year-on-year, he said.

Lachezar Borisov, Bulgarian deputy minister of economy, said in turn that his country's exports to China have grown sevenfold over the past ten years, but there is still much untapped potential.

He was confident that Bulgarian companies would be very interested in participating in the CIIE, and their participation would be successful, Borisov said.

Gabriela Kozareva, executive director of Bulgarian Small and Medium-sized Enterprises Promotion Agency, added that the active participation of Bulgarian business in this exhibition would create new clients and partners, and lead to an increase of competitiveness and entrepreneurial spirit of the Bulgarian enterprises.