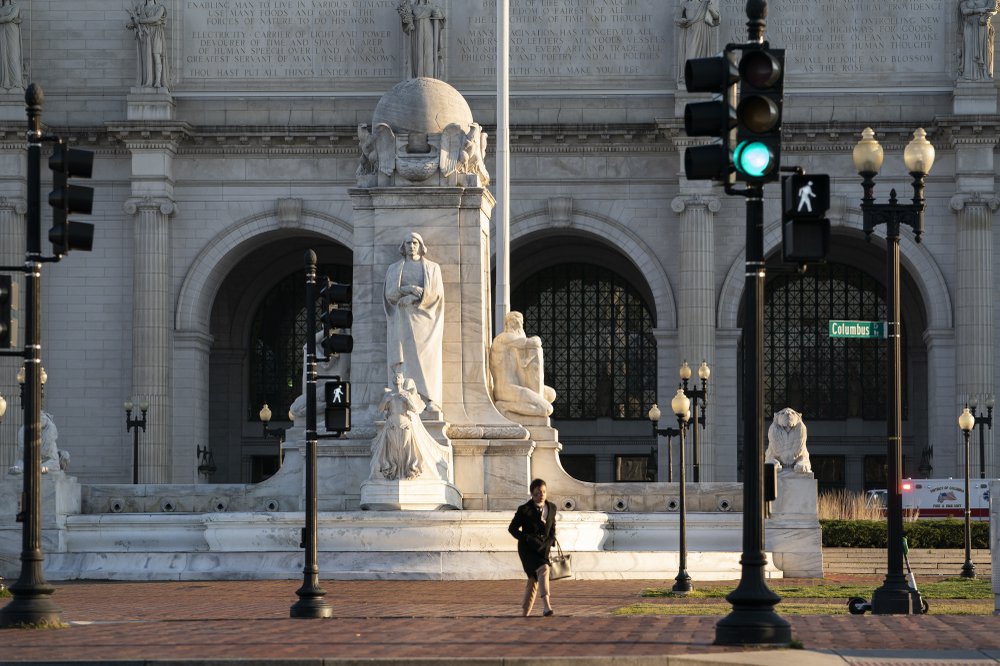 Washington Union Station, a major transportation hub in the nation's capital, is nearly empty during morning rush hour as many government and private sector workers stay home during the coronavirus outbreak, in Washington, March 16, 2020. (Photo: AP)

The nation’s largest business organization is asking government leaders to act rapidly to help companies have access to cash and avert a “potentially devastating” hit to the economy as the coronavirus pandemic forces closures and quarantines worldwide.

In a letter to President Donald Trump and congressional leaders, the U.S. Chamber of Commerce called for legislation including a three-month cancellation of the taxes companies pay to support Social Security, Medicare and unemployment insurance.

They also recommended an easing of restrictions on loans for businesses that employ less than 500 workers and an expanded system of loans and loan guarantees for larger companies.

The chamber said in a statement accompanying the letter that acting quickly could “mitigate the potentially devastating economic effects” of the virus’ spread.

In the letter, Chamber CEO Thomas J. Donohue said his organization considers the crisis “a temporary event” and said it expects that much business activity that’s halted now will occur after the virus eases.

Nonetheless, Donohue wrote, “No family and no business should go bankrupt just because of the temporary disruption in income caused by the coronavirus.”

The letter did not specify the overall cost of the chamber’s requests, but said that halting businesses’ payments of payroll taxes would cost over $100 billion per month.

A top executive with the group said the price tag on business loans were hard to estimate because of unknowns that include the length and severity of the economic downturn.

The House last week approved a relief measure aimed chiefly at workers that included free coronavirus testing and paid sick leave. The Senate is expected to turn to that legislation this week.

For most people, the new coronavirus causes only mild or moderate symptoms, such as fever and cough. For some, especially older adults and people with existing health problems, it can cause more severe illness, including pneumonia. The vast majority of people recover from the new virus.

The worldwide outbreak has sickened about 175,000 people and left more than 6,700 dead. In the United States, there have been about 3,800 cases and scores of deaths.