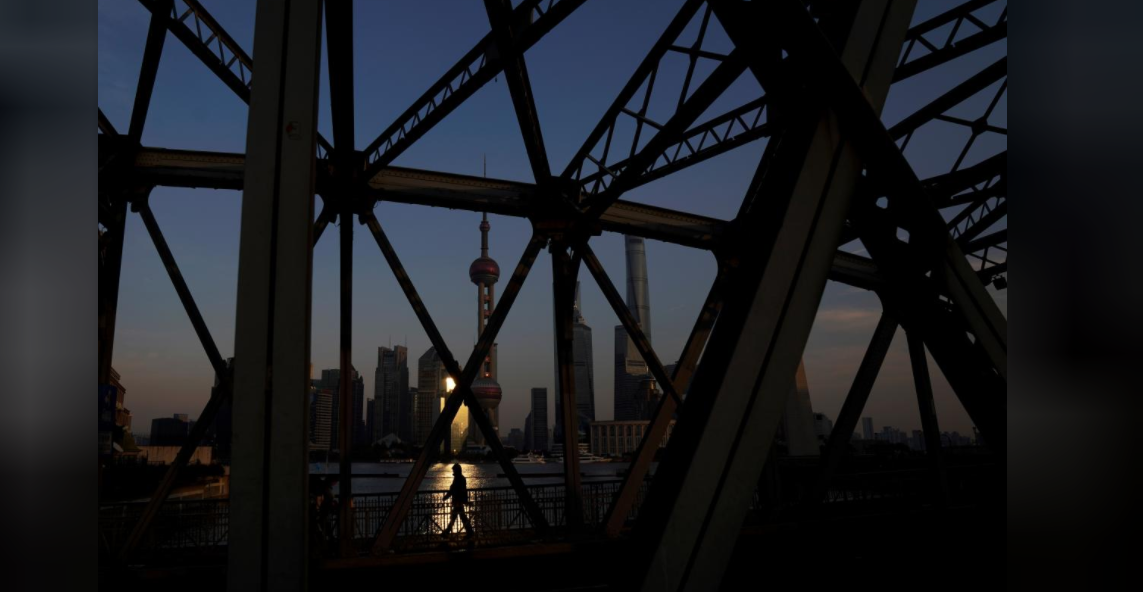 A man walks on a bridge in front of the financial district in Pudong, Shanghai, China, December 8, 2017. Photo: Reuters

Business confidence among entrepreneurs in China improved in the fourth quarter from the third, a central bank survey showed on Tuesday.