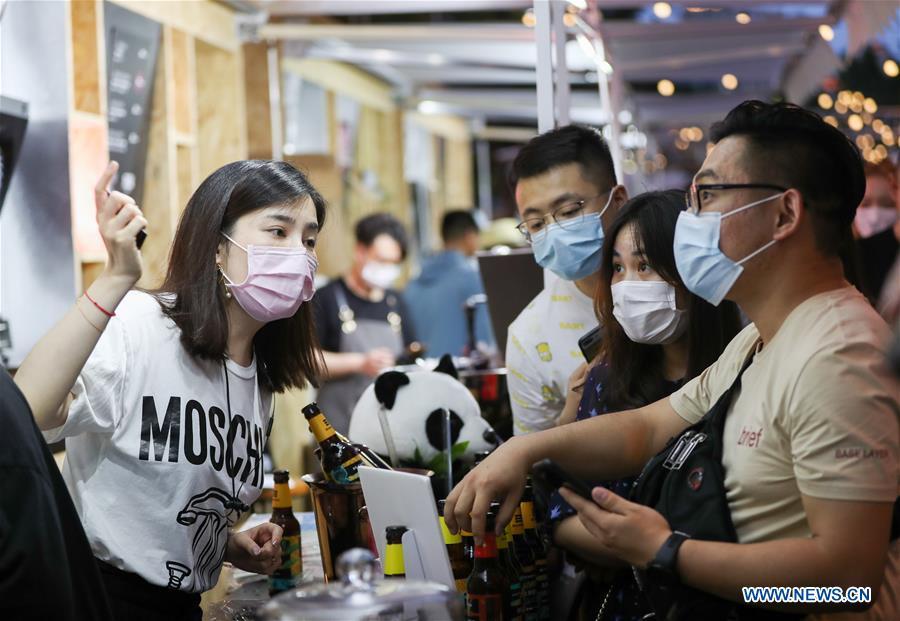 China's services sector continued to rebound briskly from the COVID-19 epidemic last month, albeit at a slower pace, a private survey said on Wednesday.

New orders rose sharply in July as the epidemic remained largely contained domestically despite new cases in several regions, while business confidence increased to the highest level in over five years, with some respondents indicating that the worst period of the epidemic may have passed.

Analysts expect the services sector to continue its recovery as policy efforts strengthen, but lingering uncertainties from the novel coronavirus epidemic could make the future recovery "gradual and bumpy".

The Caixin China General Services Purchasing Managers' Index, a privately-surveyed barometer of the health of the nation's services sector, came in at 54.1 last month, down from 58.4 in June, said a report released by media group Caixin on Wednesday.

Despite the drop, the reading remained well above the 50-mark that separates expansion from contraction, marking the third consecutive month of expansion after the COVID-19 outbreak, the report said.

"The trend of the services sector rebounding from the epidemic does not change, albeit a softening speed in expansion," said Wang Zhe, senior economist at Caixin Insight Group.

"But shrinking external demand and employment are still an issue," he said.

The gauge for new export orders dropped sharply into contraction territory amid the lingering spread of the coronavirus overseas, the Caixin report said.

It added that the pressure on service firms' profitability remained high, and the need to control costs has constrained them from adding staff, sending employment in the sector shrinking for the sixth straight month.

"Small firms are under acute headwinds, as the Caixin services PMI, heavy with respondents of small and medium sizes, dropped at a steeper margin than the large enterprise-heavy official reading," said Wu Chaoming, deputy dean of the Chasing Institute under the aegis of Chasing Securities.

According to the National Bureau of Statistics, the services PMI came in at 53.1 in July, edging down from 53.4 a month earlier.

Looking into the remaining months of the year, Wu said the services sector should continue the expansion and become more willing to expand employment as policy support ramps up.

A recent top-level meeting has suggested that the policy focus will tilt toward expanding domestic demand in the second half of the year, while ensuring solid results in safeguarding smaller businesses and employment.

In the latest effort to help young graduates get employed, the country announced on Tuesday that it will continuously expand the number of internship positions this year and next.

Liu Xuezhi, a senior researcher at the Financial Research Center of Bank of Communications, said the recovery in hospitality, catering, culture, sports and entertainment sectors may accelerate in the coming months as social distancing eases, helping drive up the services PMI.

The future recovery of the sector, however, could face setbacks due to lingering uncertainties related to the global pandemic.

"We may continue to see sporadic local outbreaks of COVID-19 in China, leading to a gradual and bumpy recovery in the services sector," said a Nomura report.