BUSINESS Businesses concerned about US consumers suffering from potential tariffs

Businesses concerned about US consumers suffering from potential tariffs 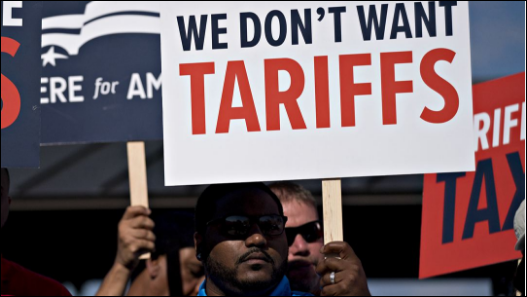 Business owners have ended a fifth day lobbying the US government in Washington,DC, mainly appealing for exemptions from the tariffs.

US President Donald Trump is threatening more duties on another 200 billion US dollars worth of Chinese imports. If they're imposed, possibly in late September, some Chinese imports, like mandarin oranges, will be subject to higher duties of up to 25 percent.

"Twenty-five percent is extremely high. And because [the] mandarin business is very low margin, and 25 percent [...may] damage the business," said Vivienne Ouyang, the chief operating officer of Chic Group, a major Chinese fruit supplier.

Representatives of the multi-agency government committee that regulates foreign investments in the US asked the Chic Group whether the US could source mandarin oranges from elsewhere. But the fruit supplier said that 90 percent of mandarins grown around the world come from China, and that the next biggest supplier is Spain. But Spain's harvest supplies the European market. In other words, tariffs on mandarins will just make the fruit that much more expensive for Americans.

Many of the firms providing testimony said the tariffs will disproportionately impact Americans. The duties will likely have fairly minimal impact on Chinese suppliers, who have already indicated that they won't absorb the additional costs. This means US consumers will be paying the extra tax imposed on foreign imports.

US officials asked if a country like Vietnam could provide an alternative manufacturing base for consumer goods. Hun Quach from the Retail Industry Leaders Association said in many cases, too much time and effort would be needed. "Moving production to Vietnam could take a considerable amount of time. We want to make sure it's at the quality that we need. That ecosystem already exists and that's one of the region [where] China has the market dominance," she said.

In the meantime, Hun Quach who came to the hearing hauling a large basket of consumer staples included in the tariff list agreed that the proposals represented a tax on ordinary Americans. She fears they will also act as a brake that will stall economic growth, given that consumer spending represents two-thirds of economic activity. She said she saw a ray of hope, encouraged by exploratory talks between US officials and a delegation from China's Commerce Ministry this week in Washington.

She said a "fruitful dialogue that can be harvested." But the harvest, she conceded, is uncertain, because of the Trump administration's reliance on tariffs. "What is the end game?" she asked.

"At the end of the day, for our US consumers, we don't want to be caught in the crosshairs," she said.