By ZHENG YIRAN in Beijing and PEI PEI in Shenzhen, Guangdong | chinadaily.com.cn 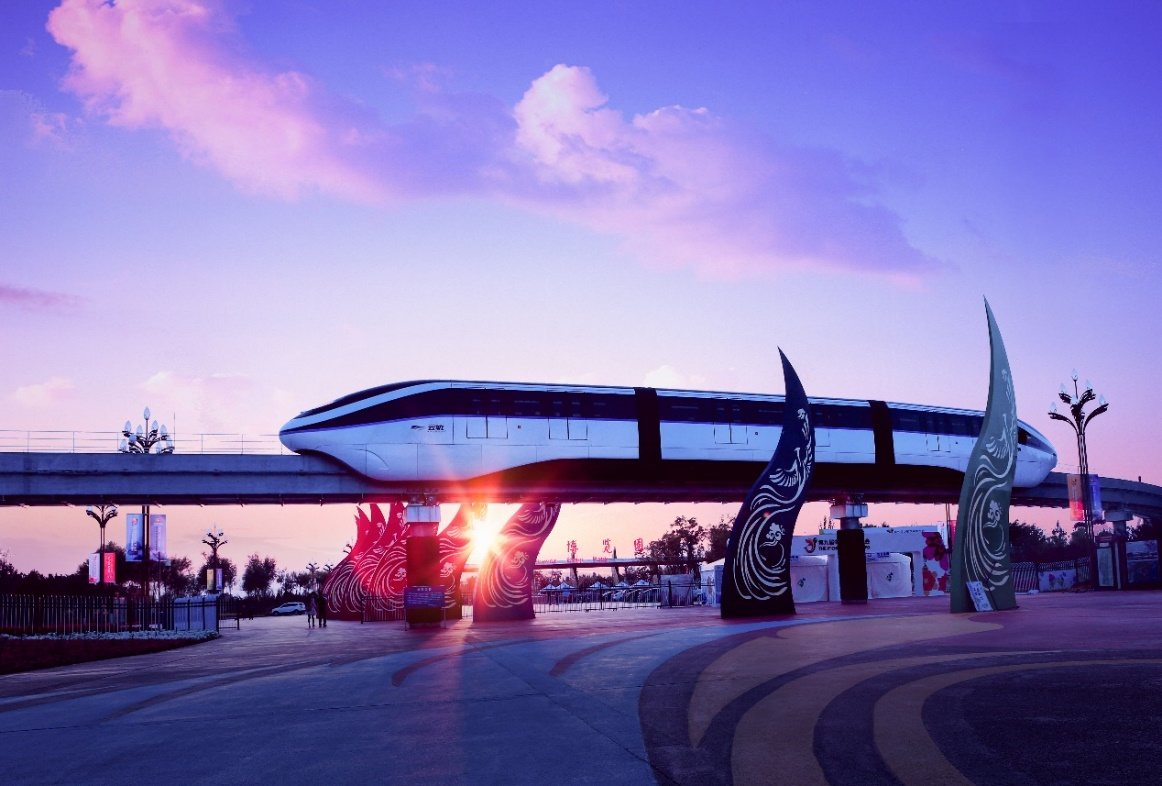 As the provider of this integrated solution, BYD will provide Line 17 — the "gold line" that runs through the city — with an entire suite of products and services.

To ease urban traffic congestion and crack down on air pollution, BYD spent a total of 5 billion yuan ($704 million) and five years of research and development to create SkyRail, a straddle-type monorail system providing residents a low-carbon and more convenient way of traveling.

Tyler Li, country manager of BYD Brazil, said that Line 17 is designed to reach a daily flow of 250,000 passengers, and the interval between departures can be as rapid as 80 seconds. As such, these parameters necessitate high requirements for the project's technology and operations system.

According to BYD, the first phase of the Line 17 project will extend from Sao Paulo's Congonhas Airport to other central parts of the city, connecting vital business districts, the University of Sao Paulo, and densely populated areas in the city's east. With a total length of 17.7 kilometers upon completion, the Line 17 will connect with other lines in the city, including Line 1, Line 4, Line 5, and Line 9.

Song Jin, a senior automobile analyst at Beijing-based market consultancy Analysys, said: "BYD's ability to win the bid was driven by its advantage in technology. The SkyRail's energy storage system enables it to run a few kilometers under the situation of power outages, better ensuring operation safety."

In addition, the SkyRail's artificial intelligence-enabled technologies, including facial recognition and real-time passenger flow monitoring, help the government to monitor and control the passenger flow, in order to prevent fatal stampedes during rush hour.

The company's cost advantage also helps it to stand out, he added.

According to BYD, with Brazil as a starting point, it looks to further serve South America and make a strong impact on the construction of urban rail transit worldwide.

"In developing countries, such as Brazil and India, there are huge supply gaps for infrastructure construction. BYD owns years of experience in SkyRail technology. Using the Brazilian market as a springboard, the company can further expand its transportation layout around the globe," Song said.

The company said that its Latin American market is rapidly expanding, and other BYD solutions such as its pure electric buses, taxis and trucks are successfully serving markets in many countries across the region, including Chile, Brazil, Colombia, Argentina, Peru and Uruguay. Globally, BYD's electric vehicles have spread to over 300 cities in more than 50 countries and regions.