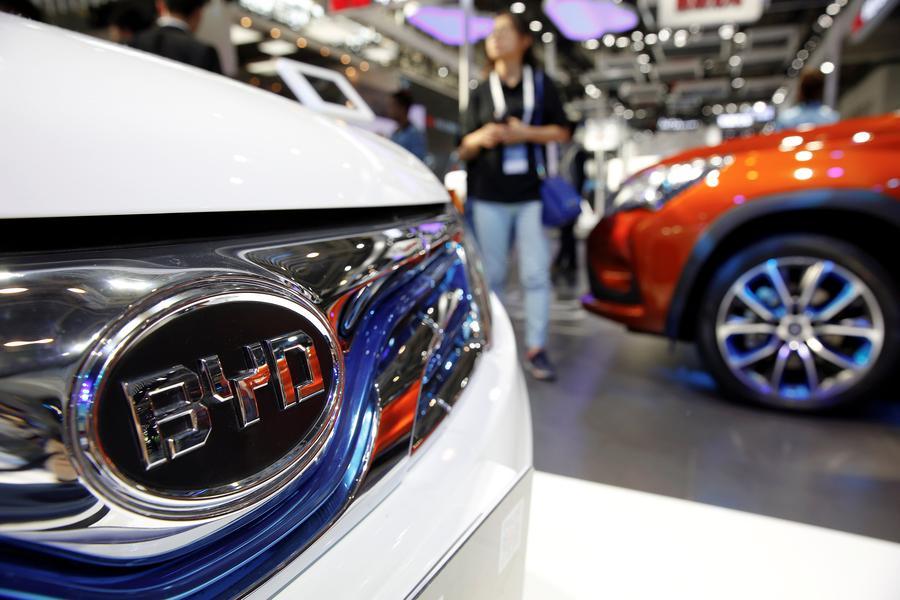 The BYD logo is seen on a car presented at an auto show in Beijing. (Photo: Agencies)

Chinese new energy vehicle and battery maker BYD is in talks with carmaker Jaguar Land Rover to supply automotive batteries from a UK plant, according to a report Monday from Automotive News Europe.

The UK would be BYD's first European battery cell factory but the company also is looking at other European sites, the report said, citing a source familiar with the situation.

The reason delaying BYD's decision is the UK's uncertain trading relationship with the EU after Britain formally left the trading bloc on Jan 31 this year, the source said.

JLR and BYD are also considering whether to collaborate on electric propulsion development as part of the supply deal, the source added.

A more structured agreement to work together is BYD's preferred option, rather than a straight supplier relationship, the source said.

BYD has said it will start selling its Tang electric SUV in Norway later this year. The company is well-known in Europe for selling electric buses, which it builds in factories in Komarom, Hungary, and Beauvais, France.

JLR sells the Jaguar I-Pace electric crossover, which is built by Magna Steyr in Austria. It plans to produce a full-electric version of the Jaguar XJ sedan at its Castle Bromwich factory in England, according to the report.