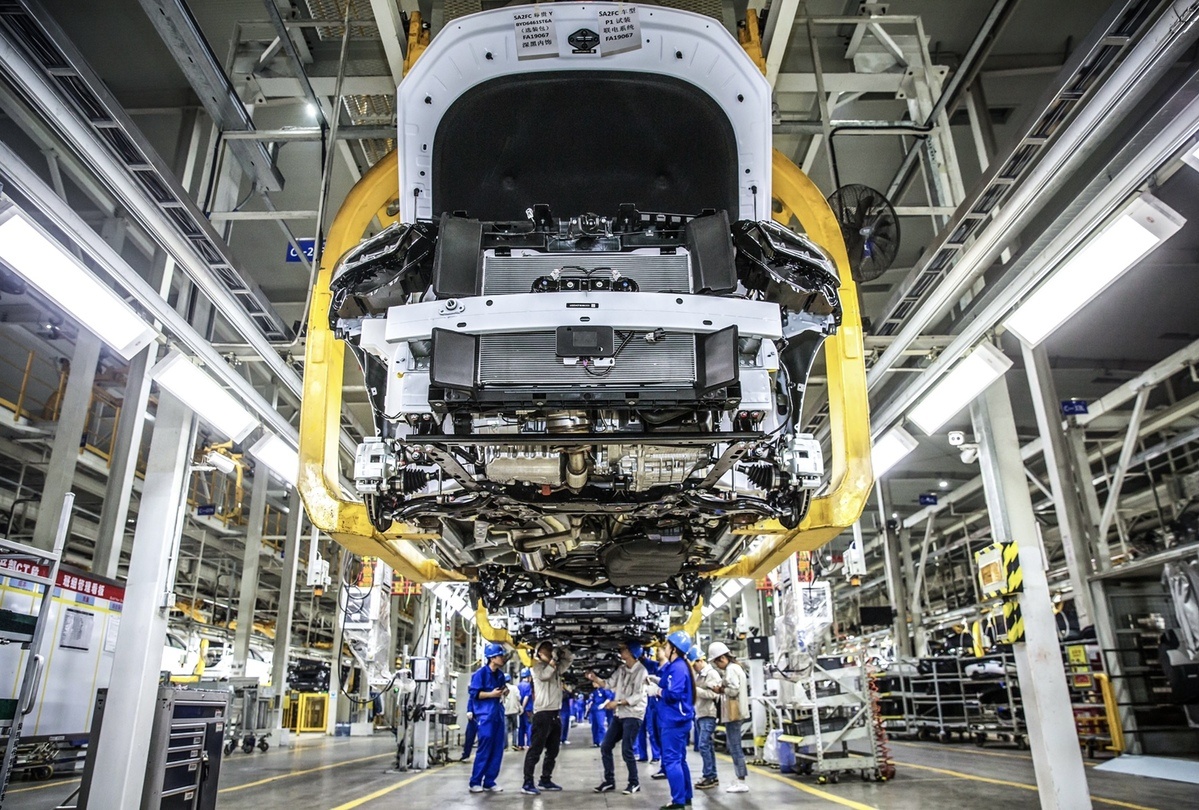 Staff members work on a BYD production line at the company's factory in Xi'an, Shaanxi province. [Photo provided to chinadaily.com]