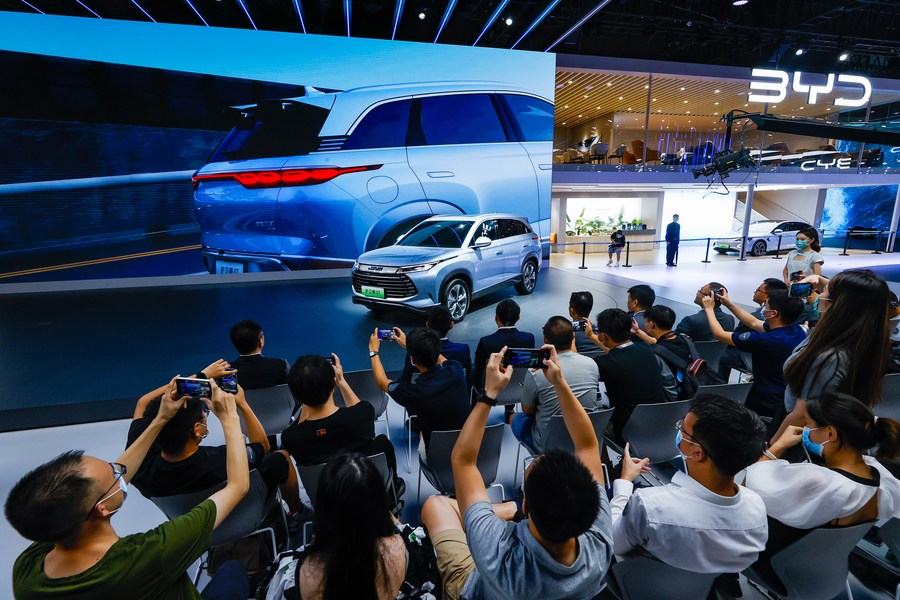 From January to October, NEV sales of the Shenzhen-based carmaker surged 240 percent yearly to 1.39 million units.

BYD ceased the production of traditional gasoline-powered vehicles in March.

Starting as a niche brand and then becoming mainstream, the development of BYD reflected the rise of Chinese automobile brands and the rapid growth of the country's NEV industry, said BYD chairman Wang Chuanfu.

So far, BYD's new energy buses have been sold to more than 400 cities in over 70 countries and regions globally, including Norway, Germany, Japan, Thailand, and Brazil.