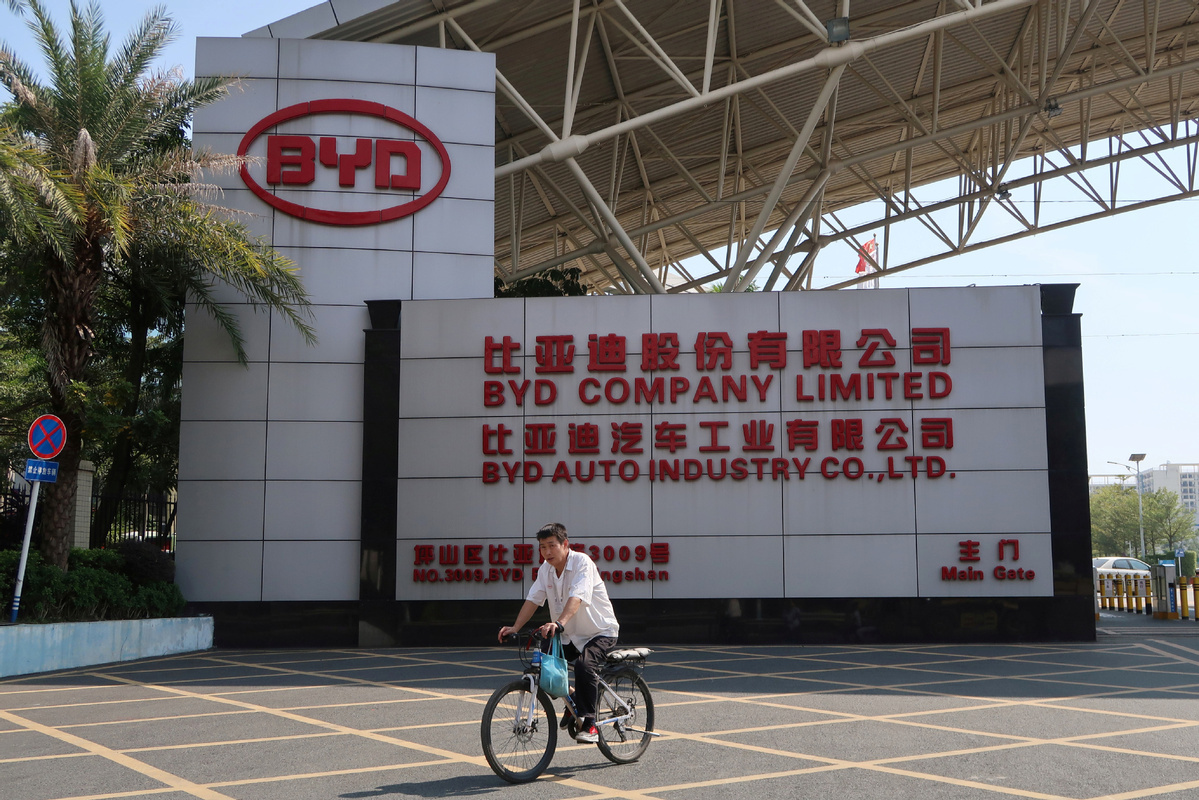 The Shenzhen-based company said in a filing to the Shenzhen Stock Exchange that it sold 12,256 NEVs last month, down about 59 percent from the same month a year ago.

Sales of gasoline-powered vehicles, however, increased 9.5 percent year-on-year to 18,343 units in March, it said.

In the first quarter of this year, its NEV sales plunged nearly 70 percent year-on-year to 22,192 units while sales of gasoline-powered vehicles fell about 12 percent to 39,081 units.

Its NEV sales declined 7.39 percent year-on-year to 229,506 units in 2019, the carmaker said in early January. This came amid the cut in government subsidies by the largest margin and a broader weak automobile demand in the world's largest auto market last year.