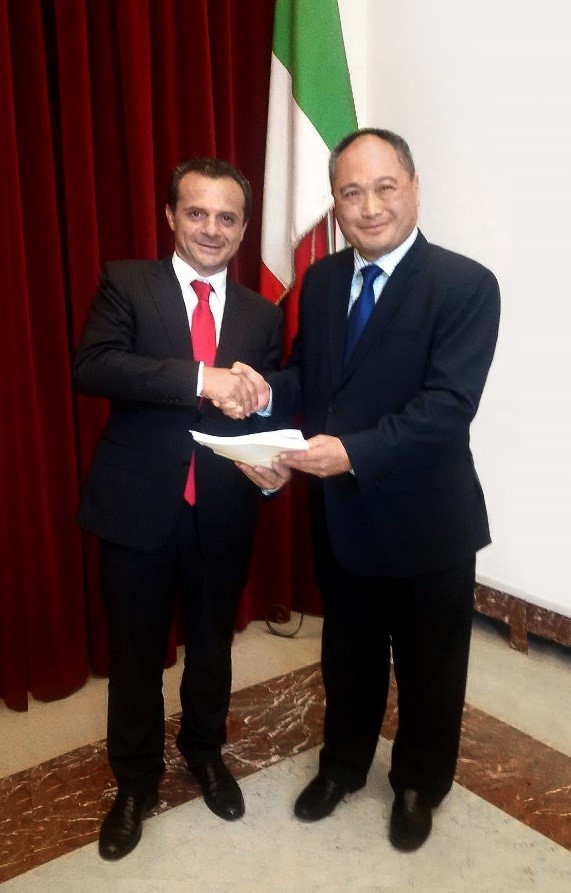 The municipality of Messina, a major city in Sicily, southern Italy, has placed an order for 13 BYD midibuses. A contract was signed in the presence of the Mayor of Messina, Cateno De Luca, the General Secretary, Antonio Le Donne, and Managing Director at BYD Europe, Isbrand Ho.

The purchase has been made possible through funding from the National Operational Program, titled the NOP Metropolitan Cities 2014-2020. The program will allocate funding for the renewal and technological upgrading of local public transport in 14 Italian metropolitan cities. The e-buses, purchased by the municipality, have been leased to the Messina public transport operator ATM.

The tender, won by BYD, is the first for new generation electric buses in southern Italy. Earlier this year Turin also placed an order for 13 midibuses and will soon be delivered to the northern city.

The two-door BYD midibuses have a length of 8.7 meters and a capacity of 53 passengers. The Messina order will be delivered in two batches, both within the year.

Cateno De Luca, Mayor of Messina: "Electric vehicles promote sustainable mobility and reduce pollution. I am pleased to learn that in Shenzhen, where 14 million inhabitants live, over 16,000 buses are operating, all electric, and the tram does not exist as a transport philosophy. I welcome the invitation from Mr Ho to visit this corporate giant, which has the same number of employees as the entire population of Messina. "

Isbrand Ho, Managing Director at BYD Europe said: "We are very pleased with this midibus order in Italy. Not only is this, the shortest bus in our product range, popular here - but only a week ago we announced a new order from Padua, in northern Italy, for six of our 12 meter ebuses. This in addition to the buses we already have running in Turin, Milan and Novara. We are delighted that the city of Messina believes in our green technology."