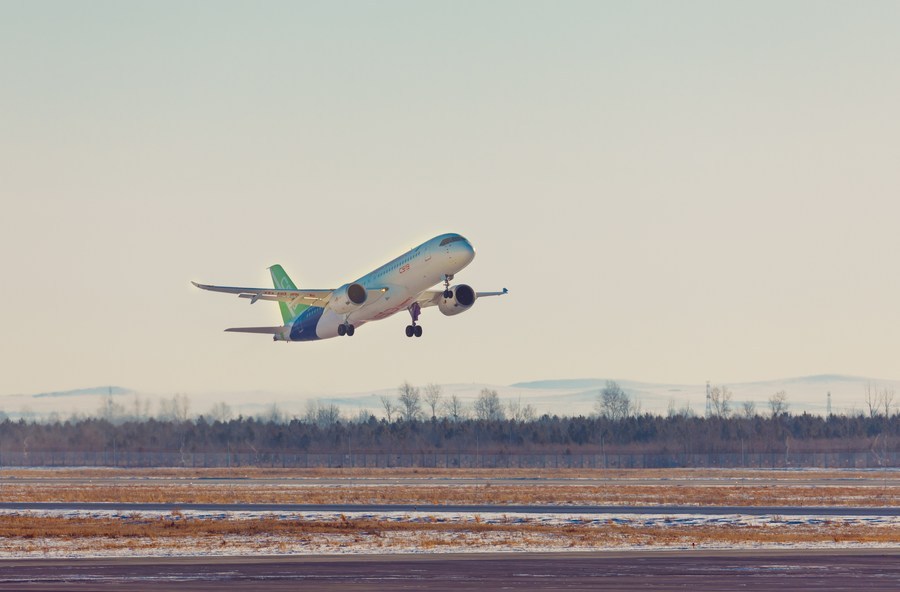 China Eastern Airlines will be the world's first airline to operate the C919. According to the contract, China Eastern will purchase five C919 planes in the first batch and COMAC, the plane's manufacturer, aims to deliver the first within the year.