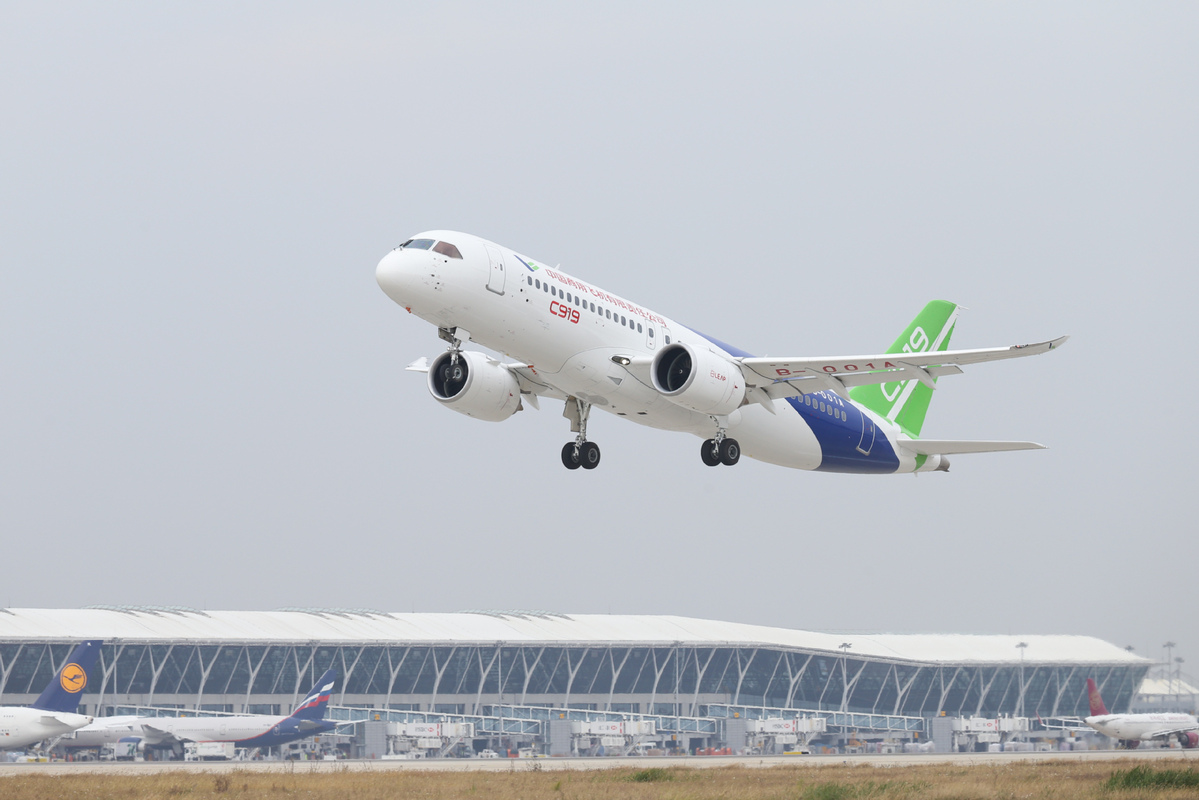 A C919 airplane takes off from the Shanghai Pudong International Airport for a test flight to Xi'an, Northwest China's Shaanxi province, on Nov 10, 2017. [Photo by Chen Zikuan/For China Daily]

The first and second prototypes of the C919 aircraft, China's first domestically produced narrow-body passenger jet, made additional test flights in Shanghai and Xi'an, Shaanxi province, on Friday morning, indicating that the airworthiness certification work of the C919 model is advancing steadily, an industry expert said.

"The research and manufacturing of commercial aircraft has extremely high requirements of industrial capabilities and technological innovations," said Lin Zhijie, an aviation industry analyst and columnist at carnoc.com, one of China's biggest civil aviation websites.

"We should have a tolerant attitude toward and firm belief in the C919 aircraft. Some new models of Boeing Co and Airbus SE face multiple challenges as well during their R&D phases, and some delayed the delivery. It's not necessary that everything should go smoothly for aircraft manufacturing, given its difficulty," he said.

COMAC earlier said it would send six aircraft on test flights, and complete more than 1,000 compliance tests. Two other aircraft will only undergo ground tests, including static and fatigue tests.

"We are carrying out static tests, ground tests and related upgrading work for the first two test aircraft. The project is advancing steadily according to the plan," COMAC said in a statement on Friday.

In addition, the 102 prototype test aircraft will transfer soon to the testing base of Dongying, Shandong province, since it has finished various test flights and inspections in Shanghai.

So far, 815 orders from 28 customers throughout China and abroad have been placed for the C919.