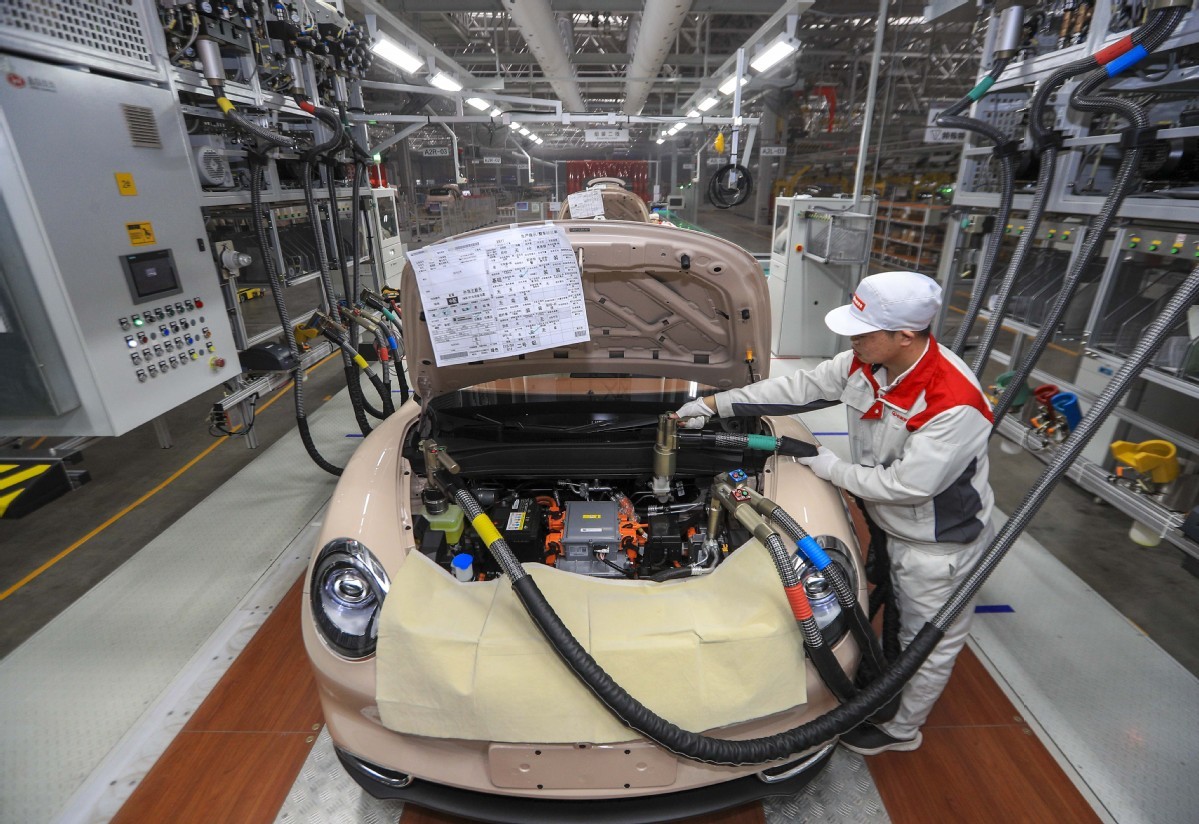 An employee works on the production line of an automobile company in Taizhou, Jiangsu province. (Photo : China Daily)

China's manufacturing sector posted the strongest improvement in operating conditions since the beginning of this year in May, with strong market demand propping up total sales, a private survey said on Tuesday.

The Caixin China General Manufacturing Purchasing Managers' Index came in at 52 last month, hitting the highest level in 2021 after a reading of 51.9 in April. The result was underpinned by the fastest expansion in total sales for five months and broadly stable staffing levels, media group Caixin said in a report on Tuesday.

The reading stood above the mark of 50, which separates expansion from contraction.

With gauges for input costs and output prices rising to the highest levels in recent years, high prices and raw material shortages have softened the growth in output in May, according to Wang.

The official manufacturing PMI also indicated a steady expansion of activity, albeit slightly slower than in April. The reading edged down to 51 in May from 51.1 in April, the National Bureau of Statistics said on Monday.