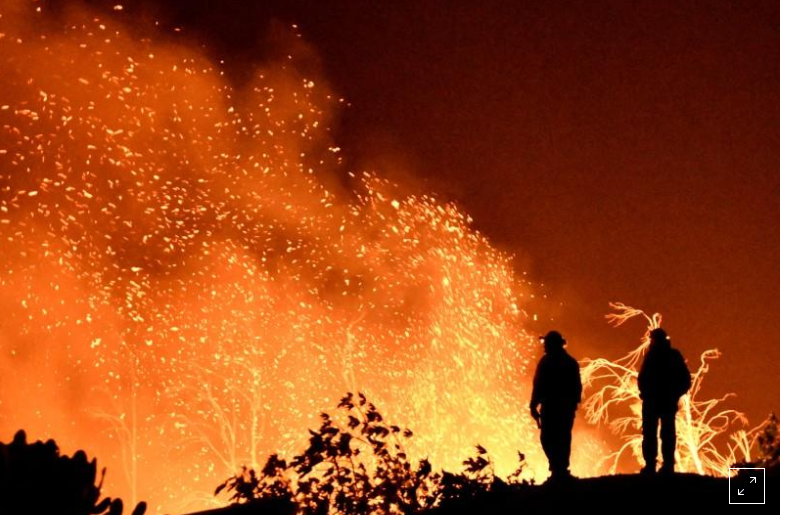 Firefighters keep watch on the Thomas wildfire in the hills and canyons outside Montecito, California, US, December 16, 2017. Photo: Reuters/Gene Blevins

Insurers have received nearly 45,000 insurance claims of about $11.79 billion in losses from the wildfires that occurred in California in October and December, the California Department of Insurance said on Wednesday.

The wildfires had damaged or destroyed more than 32,000 homes and over 8,200 vehicles, watercraft, farm vehicles and other equipment, California Insurance Commissioner Dave Jones said in a statement.