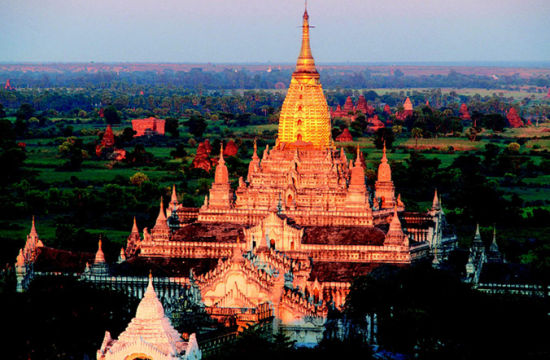 Inflation is expected to rise to 2.3 percent this year, slightly up from 2.1 percent last year, it said.

Cambodia's major external vulnerabilities will stem from its high reliance on a few markets, particularly the European market, the press release said.

AMRO said if the European Union (EU) suspends the Everything but Arm (EBA) trade scheme from Cambodia, the country's exports will be adversely affected.

"Moving forward, enhancing competitiveness and diversifying the economic base are critical to maintaining its strong growth potential," it said. "Cambodia must address key structural challenges, such as the relatively poor infrastructure, limited supply of skilled labor, and institutional weaknesses."

The EU started in February last year the 18-month process that could lead to the temporary suspension of Cambodia's duty-free trading access to the EU market under the EBA scheme due to concerns over human rights and labor rights issues.

A final decision on whether to withdraw the trade privilege from Cambodia or not will be made in February this year.

As a Least Developed Country, Cambodia has, for decades, enjoyed exports of all products, except arms and ammunition, to the EU markets with duty-free.

The country's export to the EU was valued at 5.86 billion U.S. dollars in 2018, about 95 percent of which entered the EU duty-free taking advantage of the EBA preferences, an EU data showed, adding that garment and footwear products accounted for around three quarters of the EU imports from the kingdom.

The garment and footwear industry is Cambodia's biggest export sector, employing about 750,000 people in some 1,100 factories.

If stripped, tariffs on garment, footwear, and bicycle products to the EU market will increase 12 percent, 16 percent and 10 percent, respectively, according to a World Bank report.

The Cambodian government announced in March last year a number of measures, including lowering logistics and production costs, cutting red tape, among others, to support local manufacturers and exporters in case the EU withdrew the EBA from the kingdom.