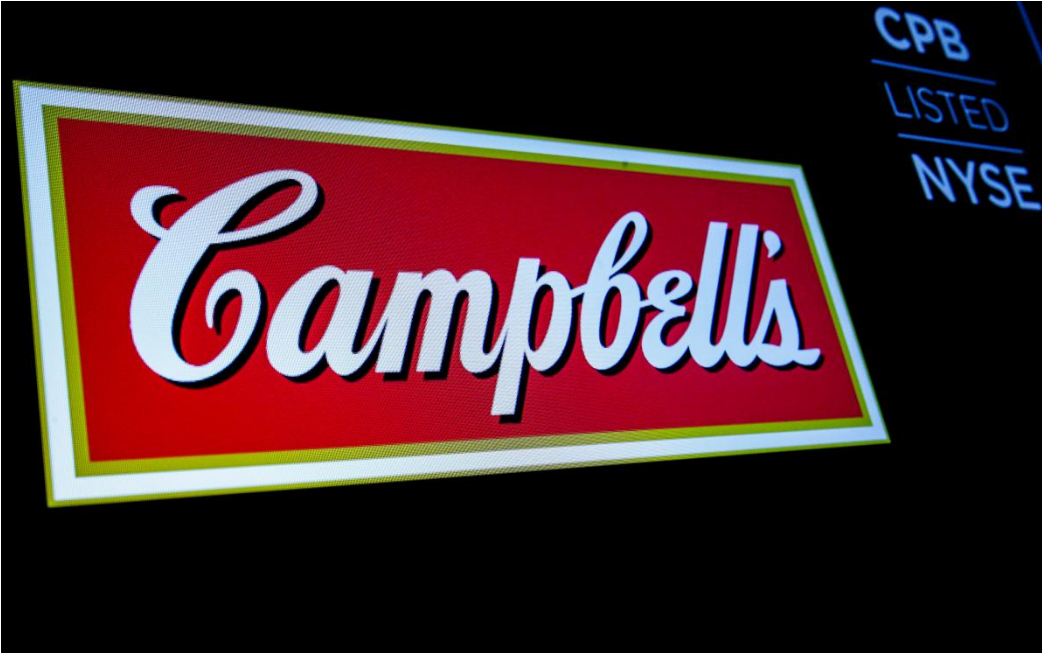 The logo and ticker for Campbell Soup Co. are displayed on a screen on the floor of the New York Stock Exchange (NYSE) in New York, US, May 18, 2018. (Photo: Reuters)

Campbell Soup Co Chief Executive Officer Denise Morrison unexpectedly stepped down on Friday, as the company issued a bleak forecast for the year and said it would embark on a review of its many brands.

Campbell’s shares slumped 12 percent in mid-afternoon trading, hitting a more than five-year low and putting them on track for the worst one-day decline since 1999.

Food companies like Campbell have been pressured as consumers increasingly move away from processed food toward healthier options. The shifting consumer tastes are partly to blame for four straight years of declines at Campbell’s US soup business, a period that Morrison oversaw.

Campbell in 2015 reorganized into three divisions, creating the Campbell Fresh unit after combining what was a Packaged Fresh division with soups sold to supermarket delis. But Campbell Fresh struggled, resulting in a two-year decline in organic sales.

On Friday, Campbell Soup posted a loss of $393 million, or $1.31 per share, for the fiscal third quarter ended April 29, compared with a profit a year ago, mainly due to a $619 million charge related to Campbell Fresh.

Morrison, 64, departs the company after seven years at the helm. Campbell provided no reason for her departure. It named board member Keith McLoughlin, 61, a former CEO of vacuum maker Electrolux, as interim CEO.

Chief Financial Officer Anthony DiSilvestro said the company would conduct a critical review of its portfolio over several months. “Everything is on the table. There are no sacred cows,” he said on a conference call with analysts.

Campbell expects to discuss the review outcome when it reports fourth-quarter results in late August, DiSilvestro said in a statement.

The company has not yet retained financial advisers to assist with the review, according to a person familiar with the matter. JPMorgan analyst Ken Goldman said Campbell Fresh, which sells baby carrots and high-end juices, could be a top priority. The unit had sales of $251 million in the third quarter.

“We are all disappointed with the results of C-Fresh, and we acknowledge that they are unacceptable,” DiSilvestro said.

Early last month the company announced the Campbell Fresh business would be put within a new accelerator unit focused on driving long-term growth, and headed by Ana Dominguez. Dominguez, who was previously president of Campbell Canada, is expected to continue in the new position, the person familiar with the matter said.

In April, the company also elevated Luca Mignini, the head of the unit that makes Goldfish Crackers and Pepperidge Farm cookies, to chief operating officer, underscoring its shifting emphasis from soups to snacks - and potentially putting him in line for the top job.

“The issue is primarily one of cost inflation and we’re seeing and expecting an acceleration on the rate of inflation across a number of ingredient and packaging items,” DiSilvestro said. “For example, we expect double-digit increases on steel and aluminum. A lot of that is driven or all of it’s driven by the impact of anticipated tariffs.” 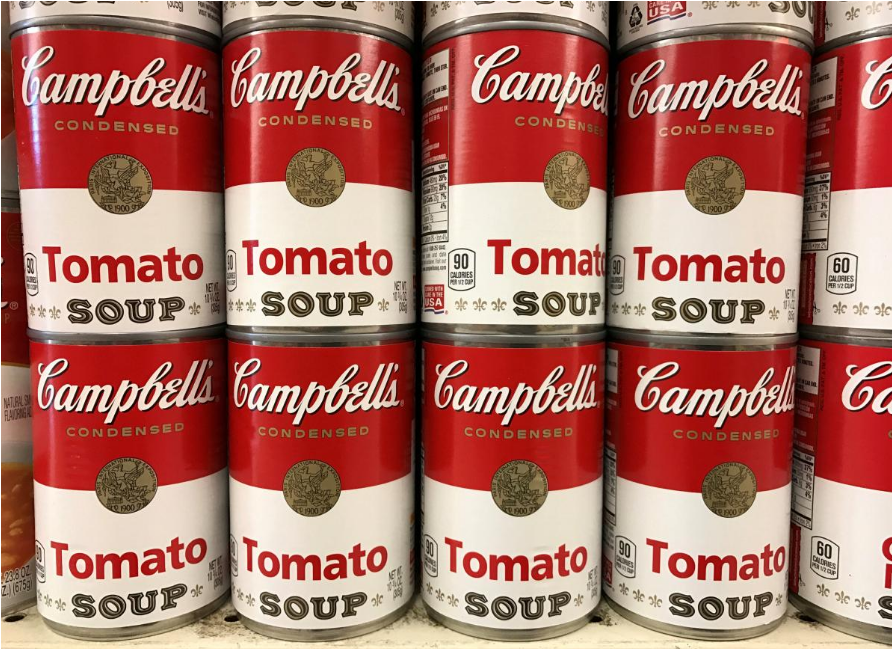 Tins of Campbell's Tomato Soup are seen on a supermarket shelf in Seattle, Washington, US February 10, 2017. (Photo: Reuters)

Campbell said the acquisition of snacks maker Snyder’s-Lance, which it closed just eight weeks ago, would reduce adjusted earnings in fiscal year 2019.

The company expects earnings per share to fall 5 percent to 6 percent, compared with its earlier forecast for a rise of 2 percent to 4 percent. The prior forecast did not include the impact from Snyder’s-Lance.