At the beginning of 2020, co-founder and CEO of Tesla Elon Musk received two gifts: Tesla stocks hit record prices and the company gained the ability to raise low-interest-rate funds. Both gifts were "made in China" benefits. 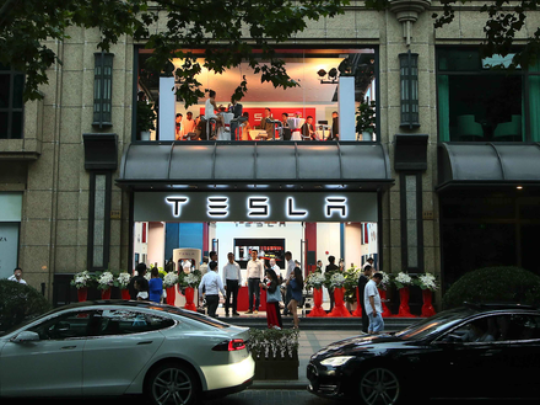 Tesla's decision to invest in China was a key turning point. Due to long-term unprofitability, low productivity in the US and Musk's own behavior, Wall Street has abandoned Tesla. Many investment institutes have been short-selling the electric car company.

At this crucial moment, Tesla has chosen to invest in China - a decision which has changed the company's future.

Tesla is the first wholly foreign-owned car company in China. It does not partner with Chinese counterparts to share profits. Its move comes as China is putting tighter controls on technology transfers.

Tesla's Shanghai Gigafactory has been progressing steadily. Its contract was signed late in 2018, ground was broken in January 2019, construction was completed in September 2019 and the factory commenced deliveries of its China-made Model 3 at the end of 2019. By taking advantage of various Chinese support systems, the entire process took just over one year.

Though the China-US trade war has been detrimental to trade and investment, it offered an opportunity for Tesla which has lost its heat in the US.

Tesla's relocation to China could be both good and bad for the country. The US company has brought well-designed electric cars to the Chinese markets, and suppliers along the industrial chain now have the opportunity to produce parts for Tesla. By manufacturing and marketing its vehicles in China, Chinese consumers are offered alternate options. For domestic electric car makers and their venture-capital investment, however, that could mean increased competition.

The Chinese government hopes Tesla can become a bellwether to represent industry standards and mobilize related industrial chains and supply chains in China. Then, it could boost the localization of the design and manufacturing of electric cars, and could eventually drive up the Chinese electric car industry.

Tesla's China investment scheme has just begun. It is not yet clear whether or not China will be able to replicate the "iPhone model" in the electric vehicle industry. Domestic carmakers will need to improve their learning, design and manufacturing abilities rather than calculating how many subsidies they could get from the government, or what level of funds they could obtain from venture capital. By improving the overall environment of the auto sector, China's goal of bringing in foreign companies such as Tesla can be achieved.

The article was compiled based on a report by Beijing-based private strategic think tank Anbound.