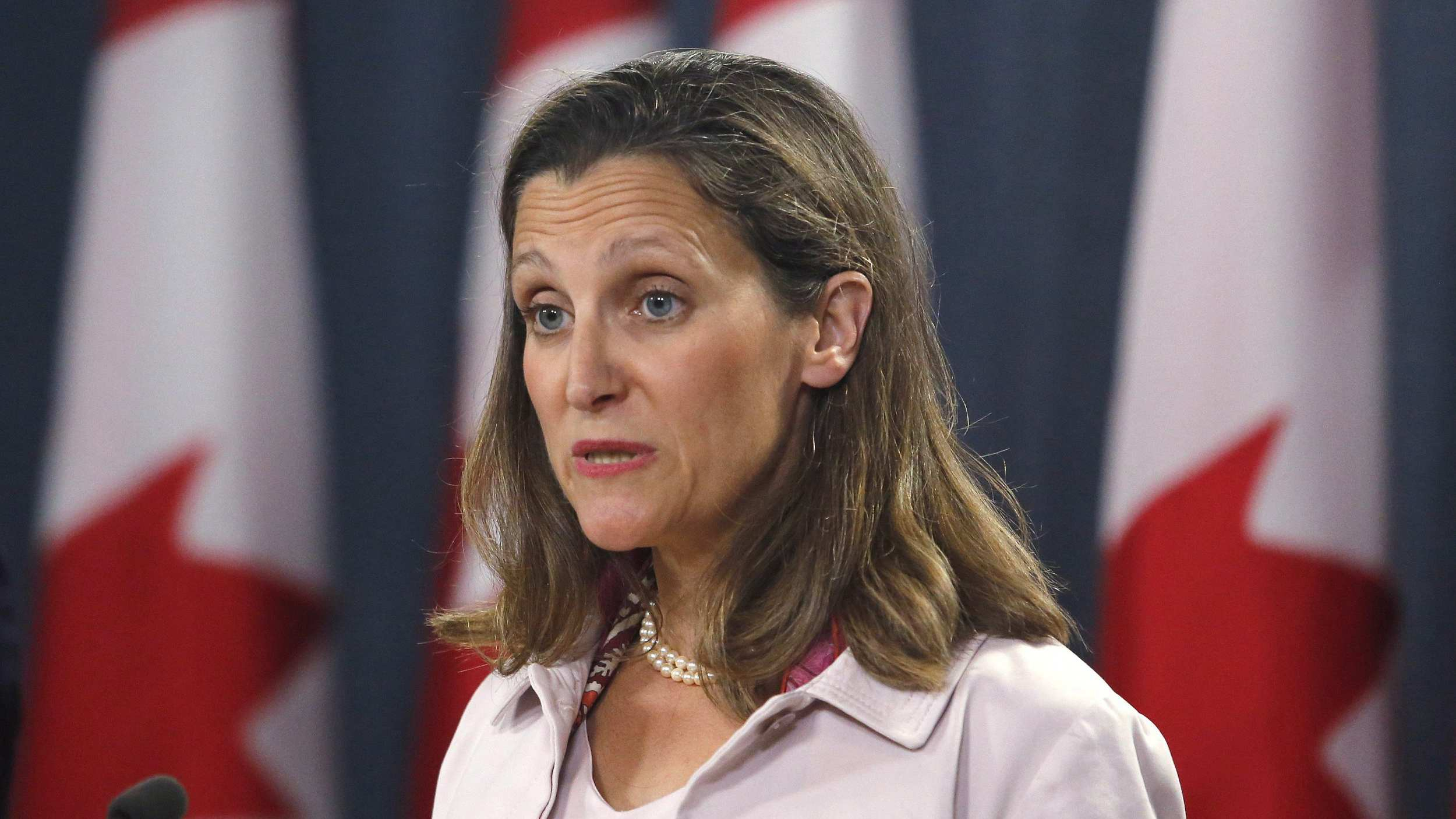 Canada Friday announced its list of retaliatory tariffs against US goods and financial aid of up to 2 billion Canadian dollars (about 1.5 billion US dollars) for its steel, aluminum and manufacturing industries in the wake of trade tensions with the United States.

The ministers told workers at the steel plant that the government will offer compensation to affected businesses and will tweak the employment insurance program to keep workers in Canada.

They highlighted the 2 billion Canadian dollars of US annual trade surplus on iron and steel products with Canada, and doubled down on calling the national security argument by the United States for imposing tariffs as "inconceivable and completely unacceptable."

It represents a total of 16.6 billion Canadian dollars (about 12 billion US dollars) in Canadian countermeasures on imports of steel, aluminum and other products from the United States.

The retaliatory tariff list is set to be put in place on July 1, Canada Day.

The financial aid of up to 2 billion Canadian dollars includes an additional 38 weeks added to the duration of work-sharing agreements under the Employment Insurance program to avoid layoffs; boosting funding to the provinces and territories for job training programs available to workers impacted; providing liquidity support to businesses; 250 million Canadian dollars to boost competitiveness and integrate the Canadian steel and aluminum supply chain through the Strategic Innovation Fund; and 50 million Canadian dollars over five years for Canadian companies to diversify exports, including new "export readiness" grants.

Before the announcement, the Canadian government had consulted on the proposed list of goods to mitigate any unintended consequences for Canadian businesses, though it is anticipated the tariffs and counter-tariffs will cost consumers on both sides of the border.

The Canadian government is still working on getting the United States to lift their "protectionist and illegal" tariffs, according to the announcement.

"We will not escalate and we will not back down," Freeland said.

In late May when the coming retaliatory measures were announced, Canadian Prime Minister Justin Trudeau called it "a turning point in the Canada-US relationship," and expressed hope that "common sense" would come from US President Donald Trump.