Canada looks to U.S. Congress as one way to block U.S. NAFTA pullout 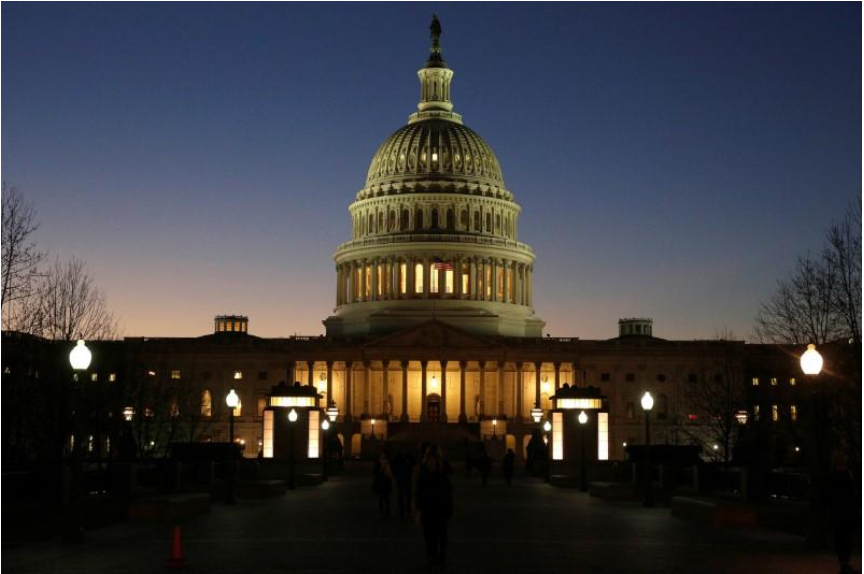 Canada will redouble its lobbying efforts in Congress to block any Trump administration move to pull the United States out of NAFTA, sources familiar with government strategy said, as talks to modernize the treaty run into trouble.

Canadian officials, preparing for a fifth round of negotiations to update the 1994 North American Free Trade Treaty, are increasingly concerned that U.S. President Donald Trump may make good on a promise to pull out of the pact.

The talks, resuming in Mexico City on Wednesday, stem from Trump’s insistence that the treaty - which he views as detrimental to U.S. workers - should either be improved to narrow U.S. trade deficits with Mexico and Canada, or scrapped. In the last round, in October, Washington made several proposals that Canada and Mexico rejected outright.

Canadian officials say there is some considerable doubt as to whether Trump could pull out of NAFTA without approval from Congress, which makes lobbying its members so important.

“Should (withdrawal) ever happen ... the drive will be to really put the pressure on Congress, and so shift away from the White House,” said one source with knowledge of the government’s strategy, who requested anonymity given the sensitivity of the situation.

“You need the full court press because it’s both a Democrat and Republican issue - it’s as much about workers as it is big business.” Republicans currently control the White House as well as both chambers in Congress.

For the last 15 months Canada has reached out to U.S. politicians at all levels to build support for bilateral trade and this effort will continue, say officials.

Planning for a possible U.S. withdrawal is still in an early stage as officials grapple with the considerable uncertainty over what might happen at the talks, say Ottawa sources.

“There are active conversations going on between various political offices and the public service about scenarios and steps that might be required,” said a second source, who declined to comment further.

Mexico’s Foreign Minister Luis Videgaray said on Monday the government and central bank were preparing a plan to address the possibility of a future without NAFTA, but gave few details.

The Canadians were encouraged by a U.S. proposal to push back the deadline for reaching a deal to the end of March. By then, the Canadians hope, Trump may be so busy with domestic issues such as tax reform that NAFTA might slip down his list of priorities.

Canada, which sends 75 percent of its goods exports to the United States, says NAFTA has been enormously beneficial to the three member nations.

“Plan B right now is NAFTA. If NAFTA didn’t exist we’d try to create it,” said a third person involved in the talks.

Officials dismiss the idea of following Mexico’s example and adopting a more combative stance with Trump.

“To what advantage? What has happened with people who have been strident and militant with the president? He attacks right away. Our method is to work cooperatively behind the scenes,” said the third person.

Although the end of NAFTA would be a blow to Canada, it could bolster long-stalled efforts to diversify trade.

Ottawa, already seeking closer economic ties with China and India, is now talking about treaties with regional bodies such as Mercosur and the Pacific Alliance.

Even though deals are most likely years away, said the first source, “first mover advantage allows you to lock up the relationship, lock up the contracts, lock up the supply chains”.

Officials say they want to avoid a repeat of what happened with South Korea, which signed a free trade deal with Canada a year after concluding a pact with the United States. Canadian exporters complain they lost hundreds of millions of dollars in business as a result.