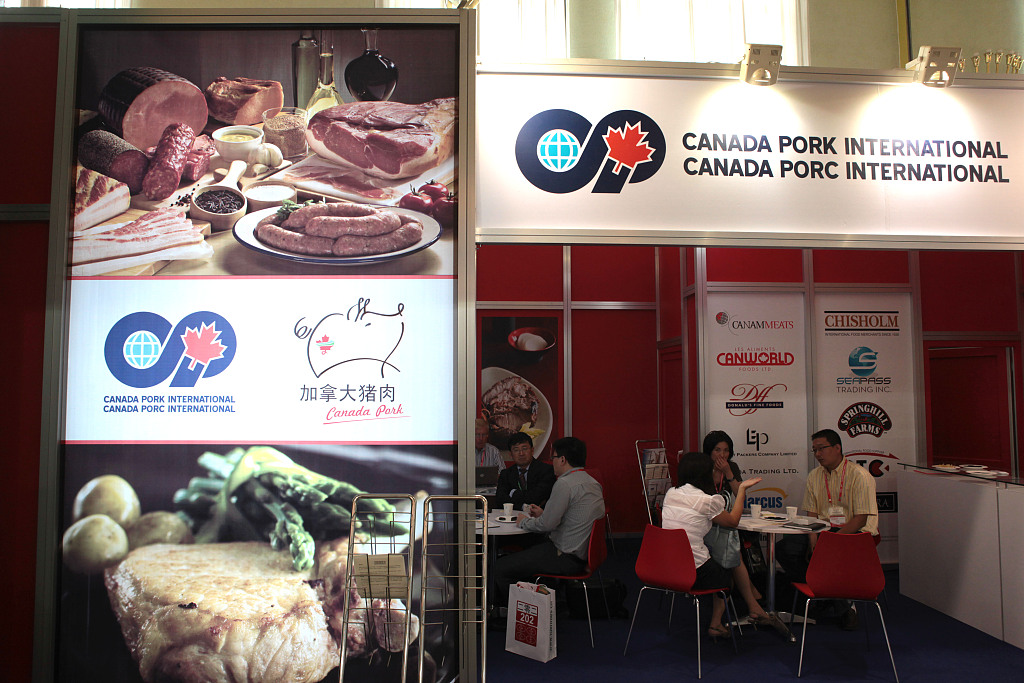 "We proposed a plan with additional measures for the (meat) export system in a way to tighten it and raise awareness so they reopen the market as soon as possible," Bibeau said after a round-table meeting with meat industry officials.

China has temporarily banned all imports of Canadian pork products after customs authorities found ractopamine residues in a batch of pork products from Canada.

The following investigation revealed that the official veterinary health certificates attached to the batch of pork exported to China were counterfeit and the number of those forgery certificates was up to 188.

The Canadian side believes that this incident is criminal offence, according to the Chinese Embassy in Ottawa.

She said there was no deadline to resolving the meat issue.

A statement released Wednesday by the ministry said it is "working closely with "farmers, industry, provinces and exporters to restore market access to China as quickly as possible."

"The Government of Canada recognizes the importance of Canada's pork and beef industries, with 6.5 billion Canadian dollars (about five billion U.S. dollars) worth of pork and beef being exported in 2018 alone," the ministry said on its official website.