BUSINESS Canada PM: doesn't think Trump will pull US out of NAFTA

Canada PM: doesn't think Trump will pull US out of NAFTA 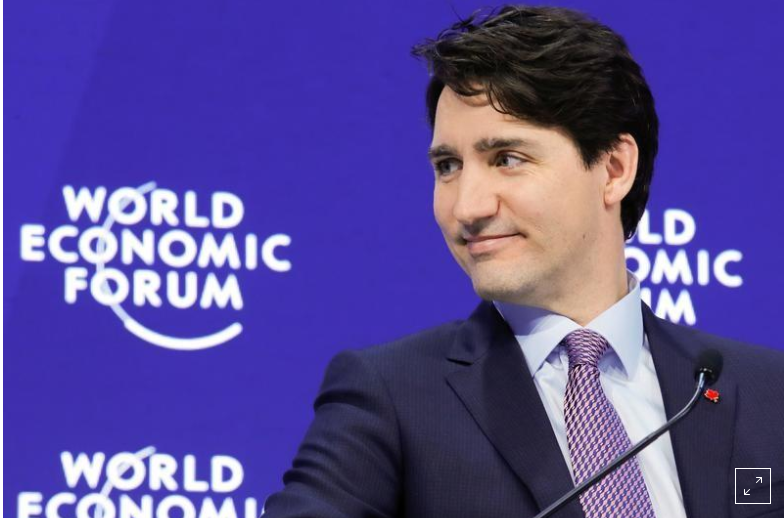 Canadian Prime Minister Justin Trudeau on Wednesday said he did not think US President Donald Trump would pull out of NAFTA, despite slow progress at negotiations to update the $1.2 trillion trade pact.

Trudeau’s comments were among the most positive made by any Canadian official since talks started last year to revamp the North American Free Trade Agreement, which Trump calls a disaster that killed off many US manufacturing jobs.

“I‘m confident that the President is going to see that and choose to not terminate because it’s not in his or Americans’ best interests to walk away from NAFTA,” he said.

Trump’s trade chief, speaking on Monday after the sixth of eight rounds of talks, rejected proposals for unblocking the negotiations but promised to seek quick breakthroughs.

Foreign ministers from the United States, Canada and Mexico will meet in Mexico on Friday to discuss the talks and other issues, Ottawa said on Wednesday.

Work on renegotiating the deal began soon after Trump took office a year ago. He said if it could not be overhauled to better favor US interests and American workers, Washington would pull out. 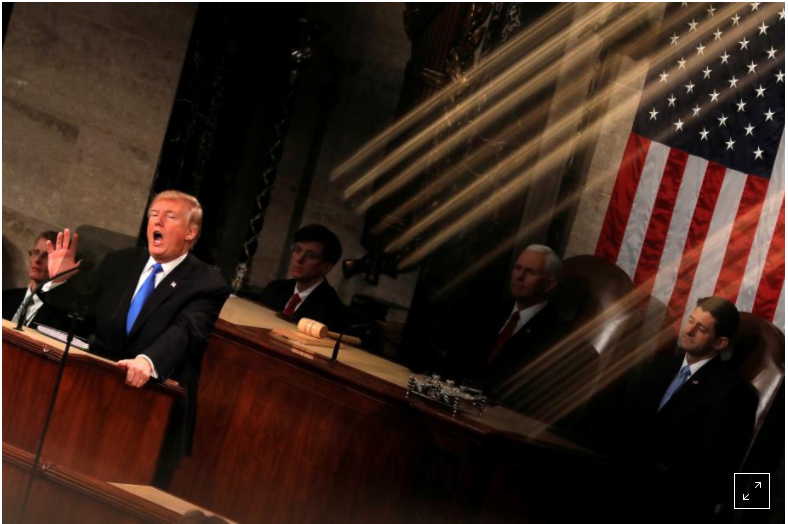 US President Donald Trump and Vice President Mike Pence (C) are seen behind the reflection of a House chamber railing as Trump delivers his State of the Union address to a joint session of the US Congress on Capitol Hill in Washington, US January 30, 2018. Photo: Reuters/Carlos Barria

The Trump administration is demanding big changes to the pact, and this has caused tensions with Canada and Mexico.

Trudeau told 680 CJOB that “there are multiple issues at which point” Canada would not accept a deal.

“We’ve pushed our American partners on this and they understand that right now,” he said.

In his State of the Union speech on Tuesday, Trump said “America has also finally turned the page on decades of unfair trade deals,” but did not mention NAFTA by name.

Trudeau told the Canadian Broadcasting Corp that Canada has multiple contingency plans in the event Washington does announce it plans to withdraw.

Government sources told Reuters on Jan 10 that Ottawa was increasingly convinced Washington would give notice of withdrawal. The news hit stock markets and the Canadian and Mexican currencies.

Trade Minister Francois-Philippe Champagne says his “Plan B” is diversification. Canada currently sends around 75 percent of all goods exports to the United States.