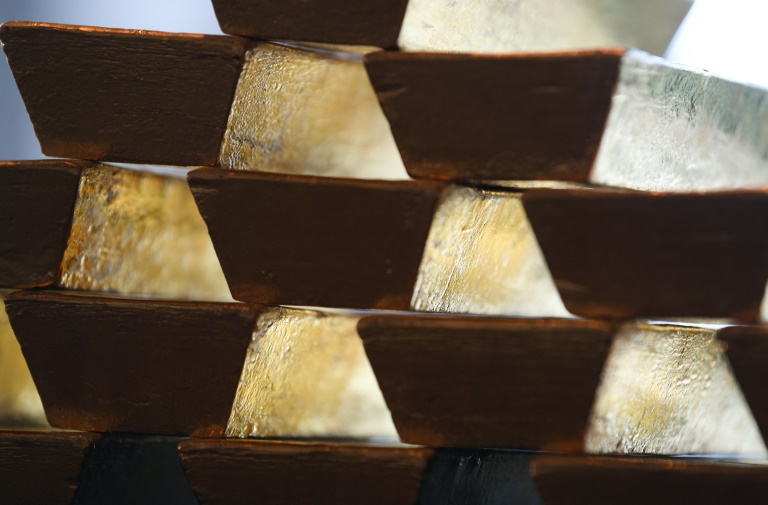 The merger of Barrick and Newmont -- the world's biggest gold miners -- would create a juggernaut worth an estimated US$42 billion (Photo: AFP）

Together the world's two biggest miners in the sector would form "the world's best gold company," according to a statement, which would be worth an estimated $42 billion, dwarfing its nearest rival.

The tie-up also would top a previous record deal set only last month when Newmont made a move for another Canadian company, Goldcorp, to leapfrog Barrick as top gold miner after years of waning investor interest due to lackluster bullion prices.

Newmont, however, pushed back against Barrick's offer, saying it is focused on closing its $10 billion Goldcorp acquisition in the second quarter.

"A combination of Barrick and Newmont would represent a unique, once in a lifetime opportunity to create the unrivalled leader in the gold sector and generate significant -- and in our industry, unparalleled -- value creation for our shareholders," Bristow said in a letter to Newmont's board of directors.

The companies had flirted with the idea of merging five years ago, but talks fell apart over who would lead the combined firm and where to locate its headquarters -- Toronto or Denver.

Barrick last week confirmed it was considering another effort, that had long eluded its late founder and chairman Peter Munk.

In a conference call with analysts, Bristow said the merger would result in $7 billion in cost savings, notably from synergies in their "highly complementary" neighboring operations in Nevada.

The two companies have adjoining assets in Nevada and Newmont already has a stake in Barrick's Turquoise Ridge Mine in the western US state.

The merger "would position the Nevada assets to deliver more than 20 years of profitable production," Bristow said in a statement.

"Most important, it will enable us to consider our Nevada assets as one complex, which will result in better mine planning and fully realize the state's enormous geological potential for all stakeholders."

The deal would, however, put Barrick on the hook for a $650 million breakup fee payable to Goldcorp for scuttling its merger with Newmont.

Newmont responded to Barrick's pitch in a statement, saying its proposed merger with Goldcorp offers "superior benefits," while noting that Barrick's bid was lower than Newmont's current share value, which soared last week following reports that a takeover was coming.

But Bristow shot back that "the synergies are clearly the premium."

The industry has been consolidating as gold mines around the world get depleted, driving up costs and encouraging companies to come together in mergers and alliances.

That acquisition came only three months after Barrick itself agreed to buy Britain's Randgold Resources in a $5.4 billion deal.

"Considered globally," Bristow said, the merger of Barrick and Newmont "represents a radical and long-overdue restructuring of the gold industry, and a transformative shift from short-term survival tactics to the long-term creation of sustainable value."

If the deal goes through, the combined company would have revenues of approximately $15.6 billion, significant cash flow, and $7 billion in earnings annually.

It would also be sitting atop massive gold reserves of 141 million ounces, and "an unrivalled exploration and development portfolio covering all of the world's major gold districts."

This includes mines in Latin America, the United States, Africa and Australia.

Barrick hopes to close the deal in the third quarter

Shares in the two mining companies fell slightly in morning trading in New York after the announcement.