Mat Beren and his friends used to drive by the vast greenhouses of southern British Columbia and joke about how much weed they could grow there.

Years later, it's no joke. The tomato and pepper plants that once filled some of those greenhouses have been replaced with a new cash crop: marijuana. Beren and other formerly illicit growers are helping cultivate it. The buyers no longer are unlawful dealers or dubious medical dispensaries; it's the Canadian government.

It's a profound social shift promised by Canadian Prime Minister Justin Trudeau and fueled by a desire to bring the black market into a regulated, taxed system after nearly a century of prohibition. 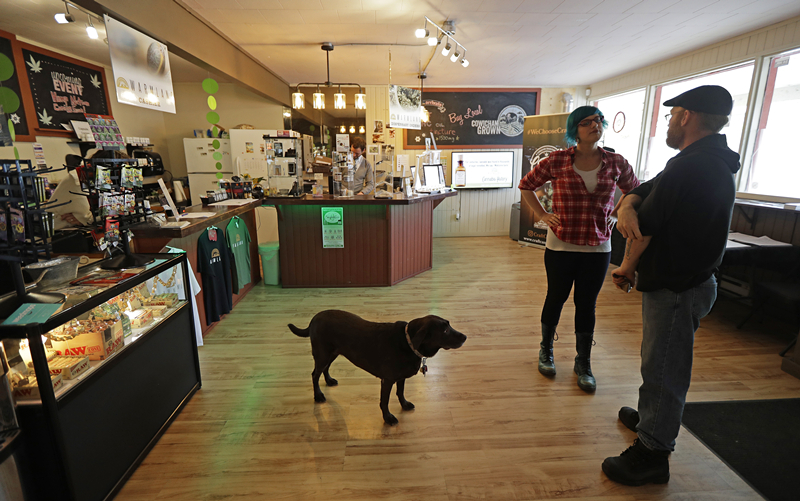 It also stands in contrast to the United States, where the federal government outlaws marijuana while most states allow medical or recreational use for people 21 and older. Canada's national approach has allowed for unfettered industry banking, inter-province shipments of cannabis, online ordering, postal delivery and billions of dollars in investment; national prohibition in the US has stifled greater industry expansion there.

Hannah Hetzer, who tracks international marijuana policy for the New York-based Drug Policy Alliance, called Canada's move "extremely significant," given that about 25 countries have already legalized the medical use of marijuana or decriminalized possession of small amounts of the drug. A few, including Mexico, have expressed an interest in regulating recreational use.

"It's going to change the global debate on drug policy," she said. "There's no other country immediately considering legalizing the nonmedical use of cannabis, but I think Canada will provide almost the permission for other countries to move forward."

At least 109 legal pot shops are expected to open across the nation of 37 million people next Wednesday, with many more to come, according to an Associated Press survey of the provinces. For now, they'll offer dried flower, capsules, tinctures and seeds, with sales of marijuana-infused foods and concentrates expected to begin next year.

The provinces are tasked with overseeing marijuana distribution. For some, including British Columbia and Alberta, that means buying cannabis from licensed producers, storing it in warehouses and then shipping it to retail shops and online customers. Others, like Newfoundland, are having growers ship directly to stores or through the mail.

Federal taxes will total $1 per gram or 10 percent, whichever is more. The feds will keep one-fourth of that and return the rest to the provinces, which can add their own markups. Consumers also will pay local sales taxes.

Some provinces have chosen to operate their own stores, like state-run liquor stores in the US, while others have OK'd private outlets. Most are letting residents grow up to four plants at home.

Canada's most populous province, Ontario, won't have any stores open until next April, after the new conservative government scrapped a plan for state-owned stores in favor of privately run shops. Until then, the only legal option for Ontario residents will be mail delivery — a prospect that didn't sit well with longtime pot fan Ryan Bose, 48, a Lyft driver.